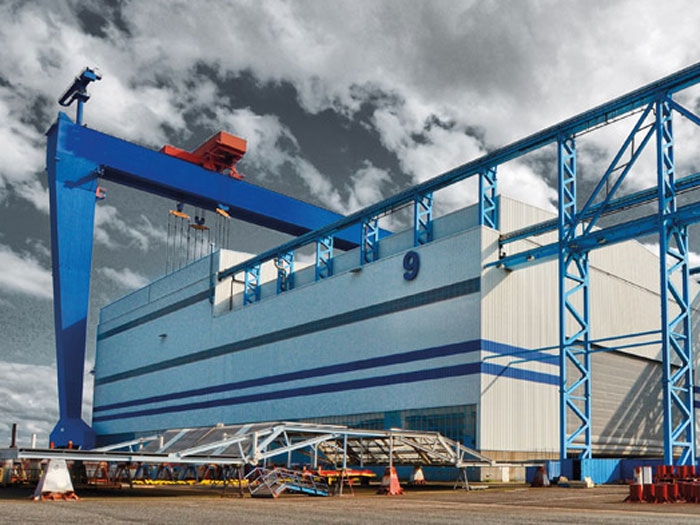 Nordic Yards has been staring at a dwindling orderbook and its 1,400 strong work force has been steeling itself for layoffs.

Genting Hong Kong intends to use the yards to build cruise ships.

In a Hong Kong Exchange announcement, the company says:

The rapid growth of the world cruise industry, especially in China, has led to global cruise ship orders reaching an all-time high. As a consequence, the Group faces the potential risk of being unable to obtain sufficient cruise ship building slots at acceptable prices to implement its planned 10 year cruise ship fleet strategy for its three cruise brands, Crystal Cruises, Dream Cruises and Star Cruises. In order to address this risk, it is strategic that the Group acquire its own cruise shipbuilding yards to build its cruise fleet, freeing management to focus on design, planning and deployment of its planned cruise ship fleet.

The businesses of Lloyd Werft Bremerhaven AG and Lloyd Investitions- und Verwaltungs GmbH (together, the ‘Lloyd Werft Group’), acquired by the Group in late 2015 and early 2016, delivered to the Group the core competency to build quality cruise ships and this Transaction directly complements and strengthens that existing capability by providing covered docks and fabrication facilities that will enable quality cruise ships to be built efficiently regardless of the weather.

With excellent Government maritime coordination policies in Germany and a cluster of leading marine suppliers centered in Germany and Northern Europe, the company believes that, with the combination of the existing businesses of the Lloyd Werft Group, together with the assets and skills being acquired under this transaction, the group will be well placed to succeed as one of the best cruise and megayacht shipbuilding groups in the world.

The nitty gritty of the deal is complex to say the least, with various entities controlled by Genting Hong Kong buying various things from the various corporate entities holding the Nordic Yard assets that are being acquired.

Essentially, it seems to boil down to Genting acquiring the shipyards and not Nordic Yards as such.

So, what happens to the Nordic Yards labor force? Here’s what the stock exchange announcement says: