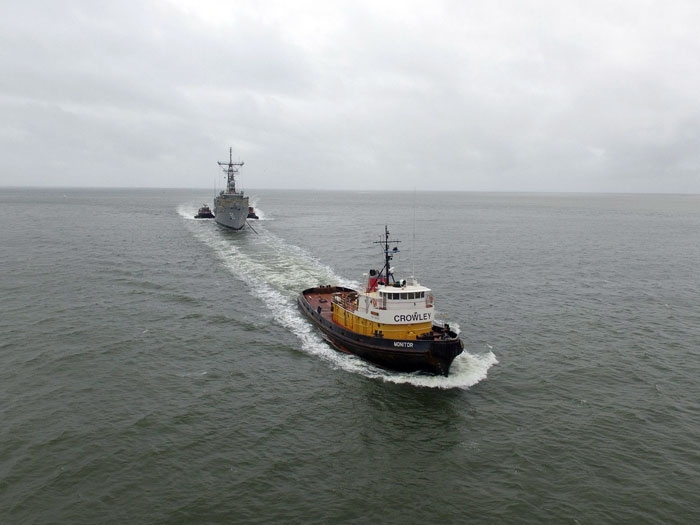 JUNE 14, 2016—Crowley Maritime Corporation’s Invader class tug Monitor recently towed the 33-year-old, ex-USS Taylor (FFG-50) from Philadelphia Naval Shipyard to Detyens Shipyards in Charleston, SC, where the vessel will be converted in preparation for delivery to the Taiwanese government as part of the U.S.’ foreign military sales (FMS) program.

Taylor, named for Cmdr. Jesse Taylor, a naval aviator who was awarded the Navy Cross posthumously for his heroism in the Vietnam War, was decommissioned at NS Mayport, FL, in 2015, where it had been homeported since 1993. During its service, Taylor made six extended deployments: with NATO’s standing Naval Force Atlantic in 1987, to the Arabian Gulf in 1988, in 1990 as part of Operations Desert Shield, in 1992 as part of Operation Southern Watch, in 1994 to the Mediterranean and Red Seas and in 1997 and 2002 with NATO’s Standing Naval Force Mediterranean.