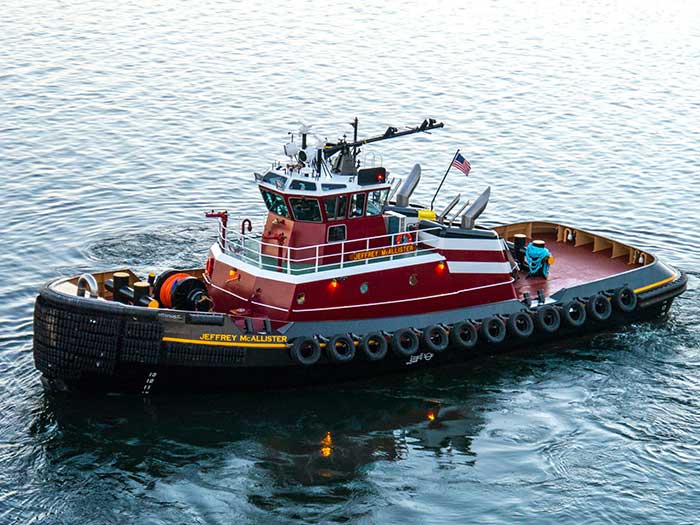 Captain Jeff is a fifth generation family member who began his career with the company in 1973 at the age of 18 when he worked as a deckhand on the fleet’s offshore crew boats.

His rise at the company was attained the old-fashioned way: working his way up the hawsepipe. He worked on numerous McAllister tugs stationed everywhere from Aruba, Bonaire and eventually landing in the Port of New York. In 1977 he became a tug captain and in 1986 became a docking pilot.

Today, Captain Jeff is the Senior Docking Pilot for McAllister in New York.

The tug will be working in McAllister’s Charleston, SC, operation and will have her christening on February 11.

The Jeffrey Mcallister (ESG Hull #257) is the eleventh tug delivered to McAllister Towing since 2001. The 96 ft Z-drive tug design is by Jensen Maritime Consultants of Seattle, WA.

The Jeffrey McAllister has the following characteristics: