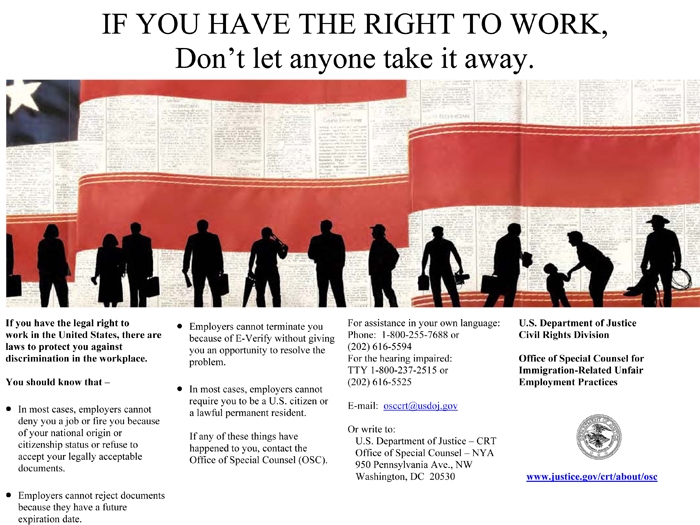 As part of agreement, the shipyard must display this poster "in all places where notices to employees and job applicants are normally posted, including but not limited to all time clocks" on premises.

The agreement resolves a complaint filed with the Justice Department's Office of Special Counsel for Immigration-Related Unfair Employment Practices (OSC), claiming that the company retaliated against an individual for filing a charge of discrimination with OSC.

Based on its investigation, the department determined that North American Shipbuilding retaliated against an employee for filing a charge with OSC by, among other things, barring him from the company's business facilities. The anti-discrimination provision of the Immigration and Nationality Act (INA) prohibits employers from intimidating, threatening, coercing or retaliating against workers who file a charge under the law.

"Retaliation against employees for contacting government agencies entrusted to investigate possible violations of the law will not be tolerated," said Principal Deputy Assistant Attorney General Vanita Gupta, head of the Civil Rights Division. "Employees should not be afraid to speak up about their treatment in the workplace."