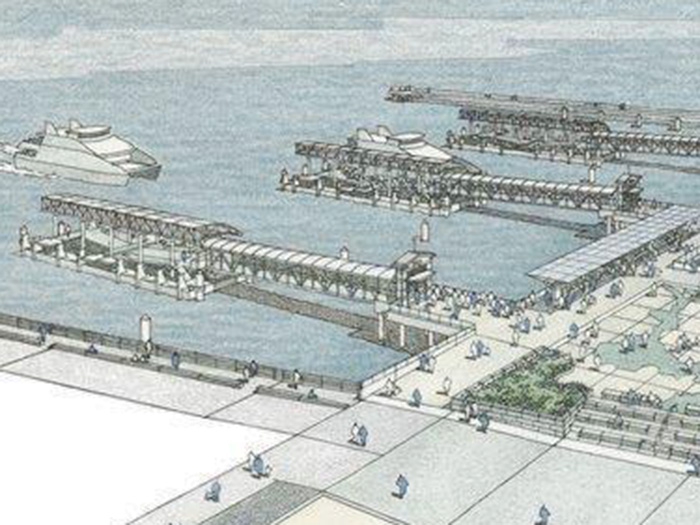 Construction will be completed at Conrad’s Orange, Texas shipyard.

“This new business is in addition to a barge that we currently have under construction for Power Engineering Construction and we appreciate their continued confidence,” said Johnny Conrad, Chairman, President and CEO. “This project represents a key milestone in the build-out of WETA’s San Francisco Bay infrastructure, and we are proud to be a part of it. I want to thank our shipbuilding team for their uncompromising commitment to quality, craftsmanship, integrity and service, which makes new business like this possible.”

The Downtown San Francisco Ferry Terminal Expansion Project, now underway, will increase the terminal’s capacity to serve current and future passengers and will improve the amenities around the terminal.

The two-year construction project includes building two new ferry gates and the reconstruction of another.

Beautification and other amenities include the addition of weather canopies, a new plaza area, and extended promenades in keeping with the historic Ferry Building.