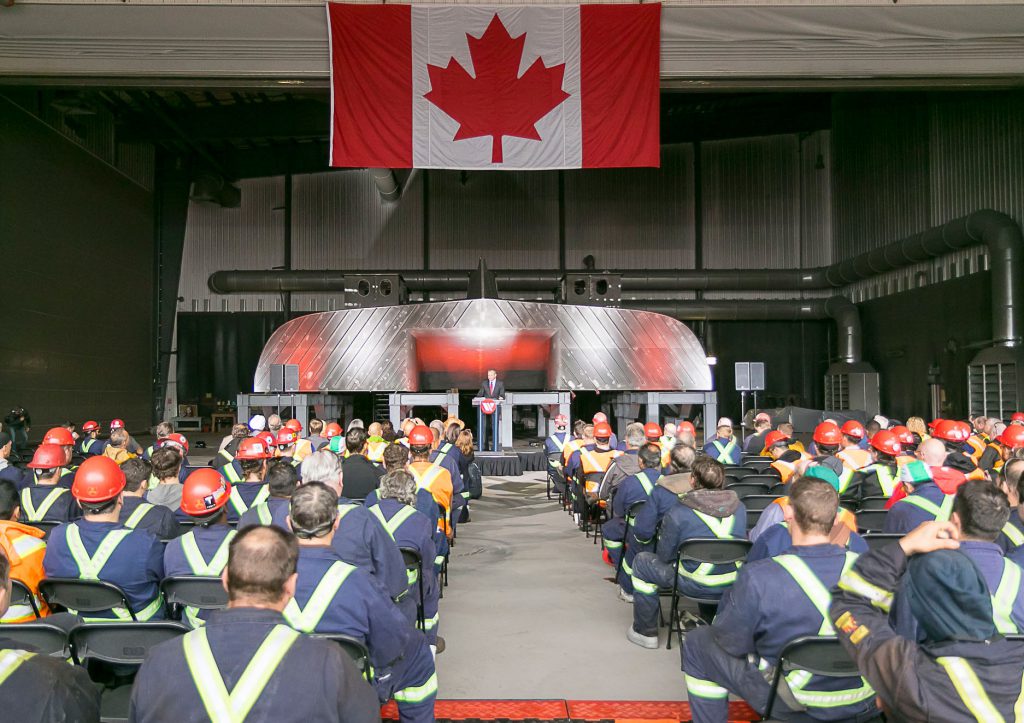 The Dennis & Phyllis Washington Foundation, in conjunction with Seaspan, has announced a multi-year, multi-million dollar investment in the future of British Columbia's marine industrial sector

JUNE 24, 2016 — The Dennis & Phyllis Washington Foundation, in conjunction with Seaspan, has announced a multi-year, multi-million dollar investment in the future of British Columbia’s marine industrial sector.

Totaling $2.9 million, it includes a three-year, $900,000 donation by the foundation to three institutional trades training programs in Canada. This donation has been given in support of the Industrial and Regional Benefits Policy program under Canada’s National Shipbuilding Strategy (NSS). Seaspan’s Vancouver Shipyards will build the non-Combat vessels ordered under the NSS— up 17 vessels, worth $8 billion.The investment is a direct result of Seaspan’s Value Proposition obligations under the NSS.

The donation recipients include the British Columbia Institute of Technology (BCIT) to support aboriginals in trades, Camosun College to support women in trades, and the Canadian Welding Association (CWA) Foundation for both new welding equipment and teacher professional development.

The donation is additional to a $2 million investment by Seaspan, announced earlier this year, to support innovative teaching and research for the Naval Architecture and Marine Engineering programs at the University of British Columbia (UBC)’s Faculty of Applied Science.

“Seaspan is thrilled to honor four community and industry partners that are helping us develop and grow a shipbuilding and ship repair centre of excellence in British Columbia,” said Jonathan Whitworth, CEO – Seaspan. “Innovation, leadership and world-class trades training are critical components of our vision of driving Canada’s marine industrial base on the West Coast. Today’s announcement demonstrates an unwavering investment in attracting, training and retaining the labour force and expertise we need to deliver on our NSS commitments.”

“These investments by Seaspan demonstrate the impact that the Industrial and Regional Benefits Policy can have on the lives of Canadians,” said Navdeep Bains, Canada’s Minister of Innovation, Science and Economic Development. “These investments will allow students to gain the skills they need to contribute to Canada’s economy. They will also ensure that our shipbuilding industry will have the skilled tradespeople it needs to excel and grow.”

The Foundation’s three-year commitment will extend through 2018, while UBC will receive Seaspan’s multi-million dollar investment over the next seven years.