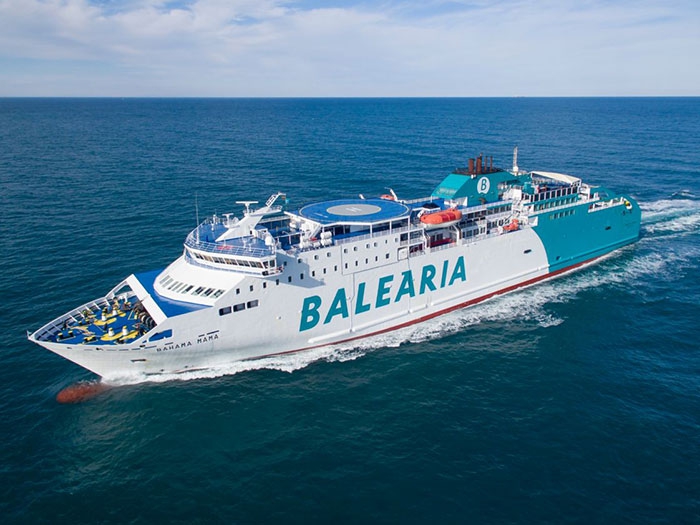 OCTOBER 12, 2018 — Spanish ferry operator Baleària reports that it has been awarded EUR 11.8 million (about $14 million) in EU funding for its planned conversion of five vessels to LNG fueling (see earlier story)

The five ferries to be converted to LNG are the Nápoles, Abel Matutes, Sicilia, Bahama Mama and Martin i Soler.

According to Caterpillar Marine, three of the ferries — Abel Matutes, Bahama Mama, and Martin i Soler — will be converted from diesel to LNG dual fuel using Caterpillar and MaK solutions.

The three ferries are currently each equipped with two MaK 9 M 43 C main engines. After the conversion, the vessels will operate on two MaK 9 M 46 DF engines, each rated at 8,685 kW. The MaK engines are used in a controllable pitch propeller application with a gearbox. The conversion will allow the engines to be powered by gas.

Spanish Caterpillar Marine dealer Finanzauto will perform the engine conversions, with work on the ships scheduled to begin in early of 2019.

Ettore Morace, General Director of Operations at Baleària, says that the conversion project supports Baleària’s goal to reduce emissions significantly and provide clean transportation. By using MaK DF engines Baleària will virtually eliminate the sulfur and particulate matter in the exhaust gases, while also cutting down NOx, resulting in even lower CO2 emissions.