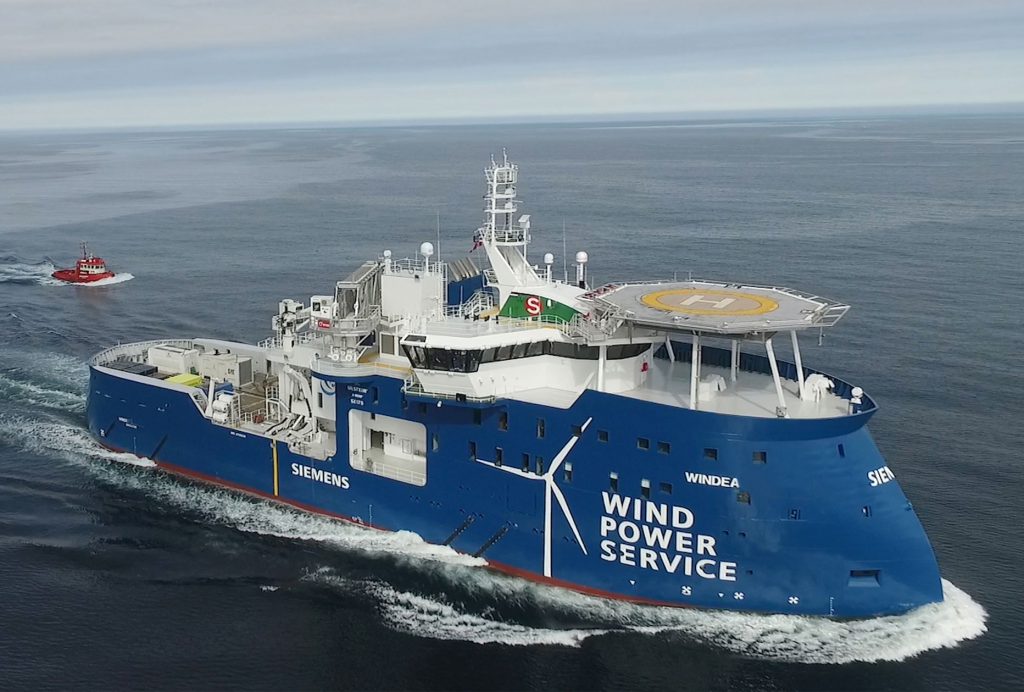 Built to Ulstein’s SX175 design, they are the first built by the shipyard for the offshore wind industry — and the first to feature the innovative X-Stern.

When Bernhard Schulte Offshore and its client Siemens ordered the vessels, they saw the benefit of having the ship designer and the shipyard in one place.

“We considered several yards worldwide, but Ulstein Verft was our final choice. We saw the benefit of having the designer and the yard in one place. Ulstein has the same approach as us – always going the extra mile to delight the final customer,” says Bernhard Schulte Offshore managing director Matthias Müller.

“Together, we have developed a flexible and effective ship solution for the offshore wind service market,” says Tore Ulstein, Ulstein Group deputy CEO and Head of Market & Innovations. “The project process has been very smooth, and the combination of expertise in our companies has led to fruitful discussions. We are happy to deliver, on schedule, this state-of-the-art SOV vessel, and are certain that she will serve BS Offshore and Siemens in a most satisfactorily way.”

On sea trials, the bridge crew noted the vessel’s smooth motions and the very low levels of noise and vibrations — important factors in a vessel whose main tasks include  transporting service technicians to the Gemini Offshore Wind Park, 85 km north of the Dutch province of Groningen and a five-hour trip from shore.

The new-developed X-Stern aft hull design gives the vessel flexibility. On sea trials, she managed to keep up high speed forwards and also when backing, and she is easily maneuvered both ways.

The vessel is equipped with two means for transferring personnel to the wind turbines, an integrated Uptime heave-compensated gangway system and a daughter craft with a capacity of 10 people.

The vessel’s load capacity is well exploited. Spare parts and equipment can be transported in containers, of which six can be placed on deck and six under deck. The vessel provides excellent workshop facilities. It has accommodations for 60 people in single cabins, 40 of them dedicated to the technicians.

The Bluedrive PlusC electric propulsion system from Siemens lowers the operational costs by cutting the engine time at the rated speed and reducing the number of electrical components required.