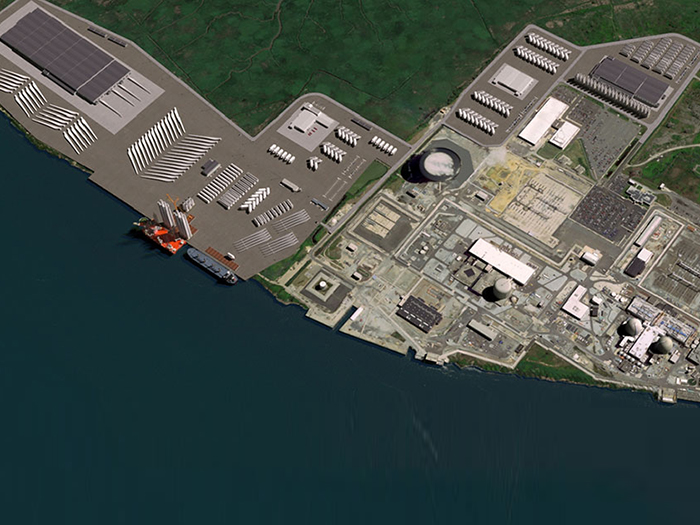 Atlantic City, N.J., based Atlantic Shores Offshore Wind (Atlantic Shores), the 50-50 joint venture between EDF Renewables North America and Shell New Energies US LLC, submitted its proposal to the New Jersey Board of Public Utilities to supply the state with up to 2,300 MW of renewable wind energy.

New Jersey seeks to award between 1,200 MW and 2,400 MW of offshore wind energy projects as part of its second solicitation. Atlantic Shores estimates its first project would be completed as early as 2027 and if awarded, the largest sized project in its bid could yield a 16% reduction in New Jersey’s carbon dioxide emissions from electricity generation by powering the equivalent of nearly one million homes.

“As the holder of one of the largest offshore wind leases in the United States, Atlantic Shores has an incredible opportunity to help meet New Jersey’s demand for clean, affordable energy within our 180,000 acres,” said Jennifer Daniels, the company’s Development Director. “Our project, backed by the technical, operational, and development expertise of our team and the financial backing of global energy parent companies, is well positioned to serve New Jersey ratepayers best. Offshore wind can propel a dynamic and fast-growing new economy on the East Coast, and we are committed to helping build it first in New Jersey. We are confident that if the project is selected, Atlantic Shores will help New Jersey to deliver on its vision of a clean energy future.”

The developer rolled out several key partnerships as part of its bid to further offshore wind workforce development and education in New Jersey, to help prepare local workers for the hundreds of future jobs its project will create if selected. Some of these new partnerships include initiatives with Rutgers University, Rowan College, the Barnegat Bay Partnership, the Boys & Girls Club of Atlantic City, and workforce training with several manufacturers and suppliers.

The series of investments comes in advance of an expected boom in the offshore wind industry post-COVID, helping make New Jersey a leading incubator center for clean energy innovations as the offshore wind supply chain for the Atlantic seaboard looks to gravitate here and hire locally.

If the Atlantic Shores bid is selected, the developer intends to utilize the state’s New Jersey Wind Port for staging and marshalling as the port is built over the next several years. The developer will also execute significant investments during construction and operations phases to create hundreds of well-paid jobs for New Jersey residents and further expand New Jersey’s supply chain offerings.

In its bid, Atlantic Shores has also put forth an innovation plan extending beyond offshore wind, that will help New Jersey meets its goal of reducing greenhouse gas emissions by 80% by 2050 as outlined in its 2019 Energy Master Plan. As parts of its broad innovation plan, Atlantic Shores will leverage the technical capabilities of its parent companies and collaborate with academic partners and companies in New Jersey to explore commercial pathways for battery storage. Atlantic Shores has also committed to support the development of a 5 to 10 MW green hydrogen pilot project to improve the understanding and expertise on how green hydrogen can support the decarbonization of large industrial sectors.