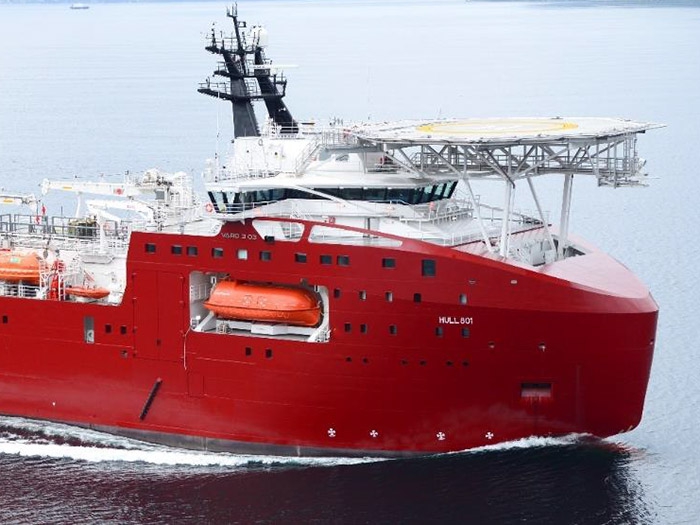 SEPTEMBER 7, 2018 — Vard Holdings Limited reports that it has signed a Sales and Purchase Agreement with an undisclosed international customer for the sale of a diving support and construction vessel (DSCV) previously contracted by Harkand Group.

When the vessel was originally ordered in December 2013, Vard said it was worth NOK 1 billion (about $120 million). However, in May 2016, Harkand entered into administration. Vard has now canceled the original contract with Harkand’s administrators to facilitate entering into the new agreement.

The vessel is of Vard 3 03 design, specially designed and equipped for diving and subsea operation duties. The vessel is outfitted with a 250 ton offshore crane and a twin bell 18-man saturation diving system, supporting split level diving operations to a maximum diving depth of 300 meters.

Delivery is now scheduled from Vard’s Søviknes, Norway, shipyard in first quarter 2019, and the vessel will in the meantime be finalized, tested and prepared for operations.

Vard says that sale of the vessel will allow it to reduce the capital employed by eliminating a vessel from its inventory and to reduce its liabilities by reimbursing the related construction loan with a direct benefit from lower financial charges going forward. As an additional consequence of the reimbursement of the construction loan, the company will benefit from the release of the cash posted as collateral in favor of the lending bank with a correspondent positive impact on the liquidity position of the company.