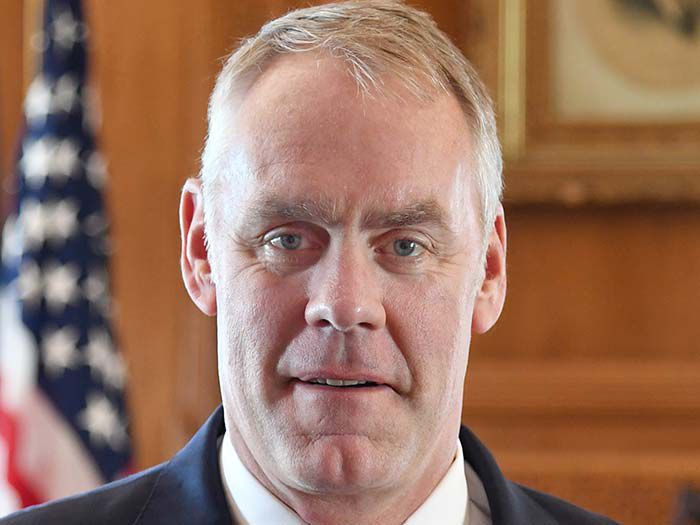 Secretary of the Interior Ryan Zinke

JANUARY 12, 2018 — There’s growing opposition to plans announced January 4, by Interior Secretary Ryan Zinke to make “over 90 percent of the total OCS acreage and more than 98 percent of undiscovered, technically recoverable oil and gas resources in federal offshore areas available to consider for future exploration and development.”

In the case of Florida, that consideration didn’t take long. Florida Gov. Rick Scott (R) raised objections as soon as the plan was unveiled, demanding “to immediately meet with Secretary Zinke to discuss the concerns I have with this plan and the crucial need to remove Florida from consideration.”

Governor Scott got his meeting with Secretary Zinke January 9 and Florida was, indeed, removed from consideration.

“I have witnessed Governor Scott’s leadership through hurricane season and am working closely with him on Everglades restoration. He is a straightforward leader that can be trusted. President Trump has directed me to rebuild our offshore oil and gas program in a manner that supports our national energy policy and also takes into consideration the local and state voice. I support the governor’s position that Florida is unique and its coasts are heavily reliant on tourism as an economic driver. As a result of discussion with Governor Scott’s and his leadership, I am removing Florida from consideration for any new oil and gas platforms.”

Florida is not the only place where there is strong resistance to opening up new areas for offshore drilling.

“I am seeking answers and greater transparency about your decisions in preparing and revising the new National Outer Continental Shelf Oil and Gas Leasing Program,” she wrote. “I am strongly opposed to your initial decision to propose leasing in virtually all eligible federal waters in the Draft Proposed Plan.

“I am further troubled by your sudden decision to exclude Florida’s coasts from future oil and gas leasing after meeting with Florida Governor Rick Scott. Your decision to give a last-minute exemption to Florida while ignoring over 10 other states who followed the proper legal procedures is a waste of taxpayer dollars and may violate the requirements of the Outer Continental Shelf Lands Act (OCSLA).”

Senator Caldwell is far from being a lonely voice on the issue.

“This draft proposal is an ill-advised effort to circumvent public and scientific input, and we object to sacrificing public trust, community safety, and economic security for the interests of the oil industry,” a letter sent Secretary Zinke by some three dozen senator said,We urge you to abandon this effort and maintain the protections outlined in the current 2017-2022 plan.”

“This announcement is premature. Americans support increased domestic energy production, and the administration and policymakers should follow the established process before making any decisions or conclusions that would undermine our nation’s energy security. The ability to provide affordable energy for consumers and meet the growing domestic and global demand depends on the ability to safely and responsibly explore and develop our offshore energy resources, including in the Eastern Gulf of Mexico.

“The Gulf of Mexico is the backbone of our nation’s offshore energy production and restricting access to the Eastern Gulf puts hundreds of thousands of jobs at risk across the country and along the Gulf Coast, particularly in Florida, Alabama, Louisiana, Texas, and Mississippi. Not only that, but securing reliable sources of energy helps fuel other industries like tourism, especially in states like Florida that relies on more than 200 million barrels of gasoline and diesel each year to fuel its economy.

“The fact is offshore operations are safer today than ever before. Advanced technology, safety standards, best practices, and regulations are designed to protect workers, the environment and marine life. Since 2010, more than 100 standards were created or strengthened, including for improved safety and environmental management, well design, blowout prevention, and spill response to ensure we have the best protections and highest safety measures in place. And not only have offshore operations coexisted successfully with industries like commercial and recreational fishing and tourism for decades, but our industry and the U.S. Department of Defense work together to ensure all offshore operations take place without any impact to existing or future military activities.”