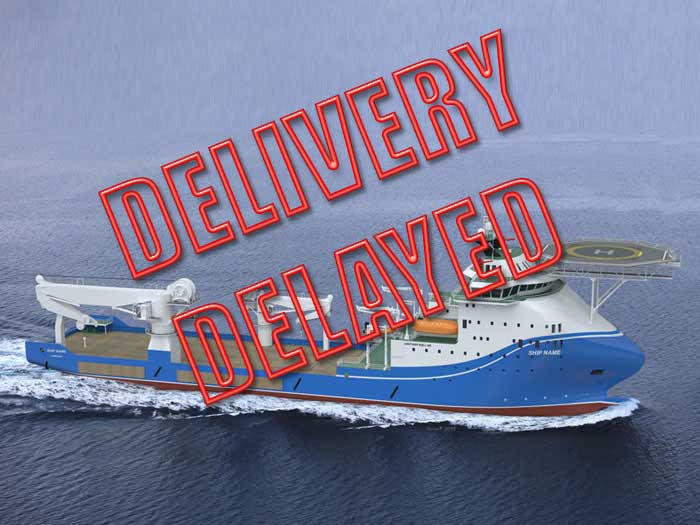 OCTOBER 18, 2016 — Back in July 2015 Norwegian shipbuilder Havyard announced it had signed a NOK 700 million contract with an undisclosed “international shipping company” for a subsea vessel to be built to a new Havyard 858 L WE design developed by Havyard Design & Solutions (see story). Delivery was to be second quarter 2017.

On December 2, 2015 Havyard Ship Technology reported that an agreement had been reached with the buyer to postpone the delivery time from March 2016 to June 2017.

Today, Havyard said in a stock exchange announcement that “the buyer has worked on several projects for long-term charter of the vessel, which is a prerequisite for obtaining long-term financing in today’s market. The buyer has not yet succeeded to obtain such long-term charter / financing, and the parties have therefore agreed that the buyer shall pay an additional pre- delivery installment as a condition for a postponement of the delivery time of the vessel until April 2019. The payment is due early in January 2017.”