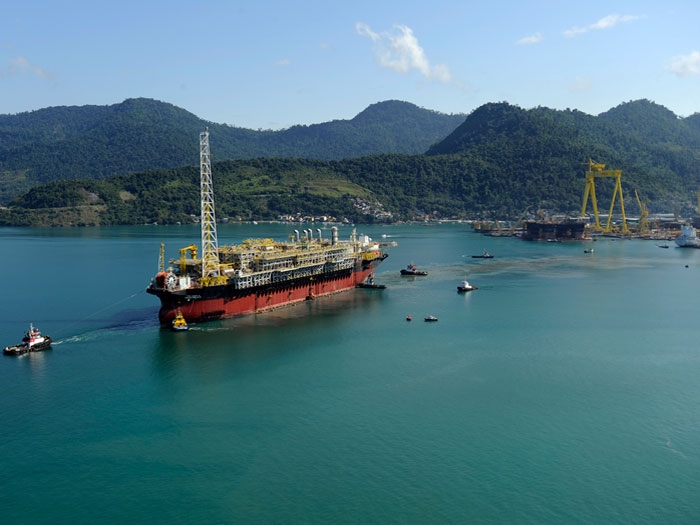 JUNE 23, 2015—Investment banker Cowen and Company remains cautious on its outlook for shares of stocks of Petrobras-exposed offshore drillers, expecting “significant CAPEX cuts will keep activity offshore Brazil subdued through the end of 2016.”

Cowen analysts J.B. Lowe and Roland Morris published an equity report on June 12, ahead of the release of Petrobras’ strategic business plan, which is expected at the end of this month or in early July.

“As one of the largest operators of offshore rigs, Petrobras has a significant impact on the health of the offshore rig market,” says Cowen and Company report. “The company has been slashing rig activity since mid-2013 (going from 70 operated rigs to 50 currently), including the unilateral cancellation of contracts on five floaters leased from Brazilian drilling contractor Schahin just last month. These cuts will undoubtedly drive the 30% decline in spending that our colleague Asit Sen expects will be outlined in Petrobras’ upcoming strategic business plan update (to $150-$160 billion between 2015-2019, down from the $220.6 billion expected in the current 2014-2018 business plan). With capex already set to decline to $29 billion in 2015 and to $25 B in 2016 at Petrobras, this implies an uptick to a $33 billion average over the 2017-2019 period. This meshes with our expectation for global rig activity, which we expect will bottom out in late 2016 before rebounding in 2017.”

Lowe and Morris also point out the rough road ahead for Sete, which has had conversations with financial backers in attempts to salvage at least a portion of its 29-rig program. One of Sete’s largest shareholders was recently quoted as saying only 13-17 of the 29 rigs would eventually be built. However, says the report, a group of five Brazilian banks is expected to extend a $5 billion emergency financing package to Sete that would allow 14-15 rigs to be produced. “An additional four to five units would be controlled by Japanese and Singaporean creditors (likely the owners of the shipyards where several rigs have already begun construction). Even with the potential reduction of 29 rigs to an eventual 19, we fully expect that the scheduled delivery dates for most if not all units will be significantly delayed,” says the equity report.

Singapore’s Keppel Corporation and Sembcorp have both set up shipyards in Brazil. Keppel Singamarine Brasil is part of Keppel Offshore & Marine, while Estaleiro Jurong Aracruz is a wholly owned subsidiary of Sembcorp.

Cowen & Company report that in October, Brazil’s National Agency of Petroleum (ANP) will hold its 13th Bidding Round for oil and gas blocks. This will be the first licensing round since Round 12 in May 2013, and will include 84 offshore blocks. While the majority of blocks offered will be in the far-southern Pelotas basin, Round 13 will also include blocks in heretofore unexplored areas, including 4 blocks in the Jacuipe Basin. Although very little exploration is currently occurring in Brazil, the offered blocks could provide a source of future demand once activity picks back up in 2017 and beyond.

“We continue to recommend investors avoid offshore driller stocks with significant exposure to the Brazilian state-backed oil company,” write Lowe and Morris in their report. They believe that Paragon Offshore (NYSE: PGN), Diamond Offshore Drilling (NYSE: DO), and Ensco (NYSE: ESV )are at the greatest exposure. “As demonstrated through the cancellation of the Schahin contracts, PBR is still aggressively cutting rigs wherever it can. With ~25%, ~20% and 15% of their respective backlogs tied to PBR, we believe PGN, DO and ESV are among the most at risk for further PBR activity reduction through 2017. We prefer shares of NE, with less than 5% of its backlog tied to PBR.”

Besides the slide in the price of oil, this is all against a backdrop of the wide-ranging Petrobras corruption scandal that has led to a national embarrassment for the country and the imprisonment of mid-level Petrobras executive Paulo Roberto Costa and the recent detainment of Marcelo Odebrecht, head of the construction firm Odebrecht group.