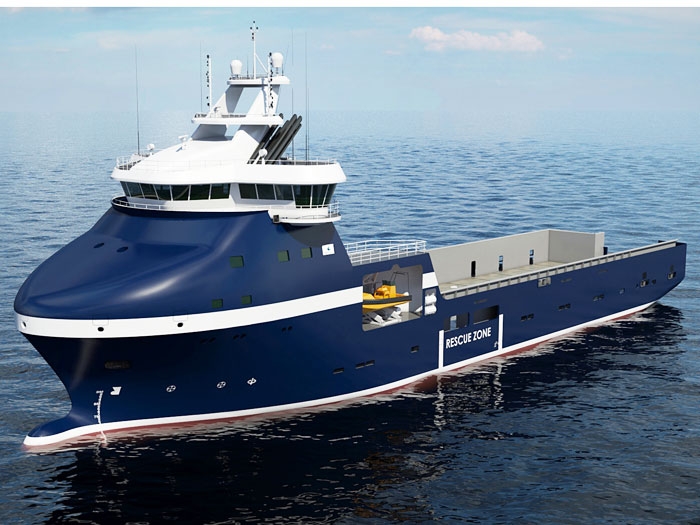 Wärtsilä will also supply an integrated package that includes machinery, and the electrical and automation systems, including the patented Wärtsilä Low Loss Concept (LLC) — a diesel-electric system with high levels of redundancy to provide additional reliability for continuous operation in various failure modes.

The vessel is scheduled for delivery by the shipbuilder in the first half of 2015, and will feature the latest developments of  the proven VS 485 design.

“This significant order takes us a step further towards our goal of becoming a leading player in the market for ice class vessels,” says Magnus Miemois, Vice President Solutions, Wärtsilä Ship Power.

“There is increasing oil company exploration being carried out in northern Russia, Greenland, the Barents Sea, and other arctic waters. This requires vessels specifically designed for these conditions, and Wärtsilä has shown that it can efficiently meet such needs,” says Åge Remøy, Chief Executive Officer of Rem Offshore AS.

The ship will be strengthened and equipped for arctic operations, with the hull and propulsion fitted to comply with DNV ice class ICE 1B. This verifies that the vessel has sufficient strength, power, and equipment to operate in arctic conditions.The vessel will also be readied for cold climate conditions according to the DNV class Winterized Basic guidelines. This notation includes requirements for maintaining safety and vessel operability in ice, under icing conditions, and at low temperatures.

The new Wärtsilä design broadens its very popular 485 range with an arctic option, combining the efficiency and high level of redundancy with arctic operational capability.

The Wärtsilä LLC will enable the vessel to fulfill the highest possible Environmental Regularity Number (ERN) of 99.99.99. The ERN rating represents the capability of a vessel to maintain its position and normal operations under certain weather conditions. Wärtsilä is the first supplier capable of providing such a high ERN.