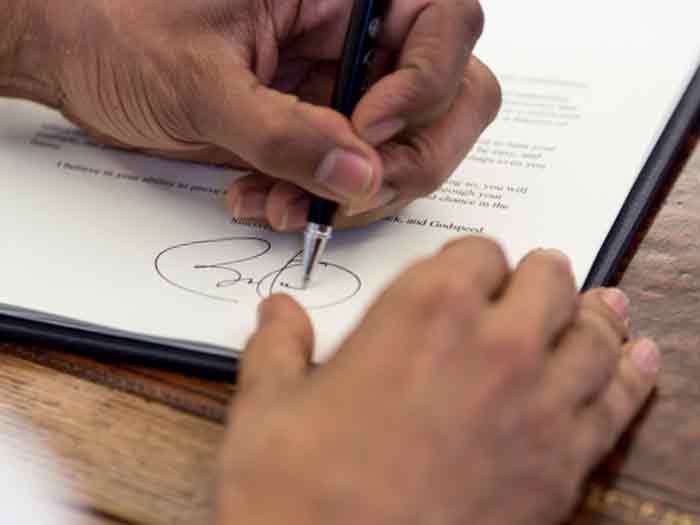 DECEMBER 21, 2016 —  Oil and gas industry voices are already calling on the incoming Trump administration to reverse “permanent” restrictions on drilling in the Arctic and Atlantic announced yesterday by President Barack Obama.

The restrictions were imposed in two memoranda sent to the Secretary of the Interior by the President in which he cited “the authority granted to me in section 12(a) of the Outer Continental Shelf Lands Act, 43 U.S.C. 1341(a),” to withdraw 3.8 million acres in the north and mid-Atlantic Ocean off the East Coast and 115 million acres in the U.S. Arctic Ocean from future oil and gas activity.

The restrictions on Arctic drilling came as President Obama and Prime Minister Justin Trudeau announced what they called “a new partnership to embrace opportunities and confront challenges in the changing Arctic.”

Mirroring President Obama’s actions on the Chukchi and Beaufort Seas, Canada will designate all Arctic Canadian waters as indefinitely off limits to future offshore Arctic oil and gas licensing, to be reviewed every five years through a climate and marine science-based life-cycle assessment.

According the White House, the U.S. and Canada are launching efforts to “identify sustainable shipping lanes throughout their connected Arctic waters, in collaboration with Northern and Indigenous partners. The U.S. Coast Guard is launching a Port Access Route Study (PARS) in the Beaufort and Chukchi Seas.Results from this analysis may be used to establish vessel routing measures including traffic separation schemes, recommended routes, Areas To Be Avoided, or other instruments such as fairways where no structures may be erected. The Canadian Coast Guard and Transport Canada is implementing Northern Marine Transportation Corridors, determining what infrastructure and navigational and emergency response services are needed. Canada is also launching a new program to support training curriculum for Northerners, particularly Indigenous peoples, to join the marine field, as well as programming to support marine infrastructure and safety equipment for communities.

“In addition, the U.S. Coast Guard, in consultation with industry, Indigenous communities, and the State of Alaska, has begun a strategy to phase down the use of Heavy Fuel Oil (HFO) in the Arctic. The Canadian Coast Guard is conducting similar outreach and consultations to develop proposals to phase down the use of HFO in 2017. The United States and Canada will each, or jointly, propose a plan for consideration at the International Maritime Organization’s spring 2017 meeting.”

“Fortunately,” he added, “there is no such thing as a permanent ban, and we look forward to working with the new administration on fulfilling the will of American voters on energy production.”

The API says that a permanent withdrawal conflicts with Congress’ stated purpose in creating the Outer Continental Shelf Lands Act (OCSLA), which was to make the outer continental shelf “available for expeditious and orderly development.” In addition, a permanent and unilateral withdrawal by the president conflicts directly with the special role that OCSLA gives governors in OCS leasing decisions. Past instances show that the next president has power to undo a 12(a) withdrawal through a presidential memorandum. In 2008, President George W. Bush used a simple memorandum to remove previous 12(a) withdrawal areas and make all OCS lands available for leasing except marine sanctuaries.

“President Obama’s short sighted, unilateral withdrawal of Atlantic and Arctic Ocean areas from future oil and gas leasing not only risks the long-term energy security and energy leadership position of the United States, it violates the letter and spirit of the law. Such an expansive withdrawal, particularly when argued as being ‘permanent’, is clearly inconsistent with the Outer Continental Shelf Land Act’s steadfast declaration that ‘… the Outer Continental Shelf is a vital national resource reserve held by the Federal Government for the public, which should be made available for expeditious and orderly development, subject to environmental safeguards, in a manner which is consistent with the maintenance of competition and other national needs …’

“Furthermore, today’s decision puts the United States at a competitive disadvantage and sacrifices thousands of potential jobs and billions of dollars in government revenue. While other countries are ramping up offshore oil and natural gas exploration in the Arctic and in the Atlantic basin, President Obama has benched the United States, dismissing his own advisors who have argued that energy development, particularly in the Arctic, is imperative to our national security.

“Today’s decision also ignores that global energy demand is projected to increase by as much as 48% by 2040, and that fossil fuels are projected to meet about 80% of that demand. A robust offshore leasing program is crucial not only to meeting America’s domestic energy needs, but to providing an affordable, reliable and safe source of oil and natural gas to developing nations.

“We are hopeful that the incoming Trump administration can repair some of the damage done to the offshore energy industry and America’s energy security over the past eight years by putting policies in place that increase, rather than decrease, access to federal offshore areas.”