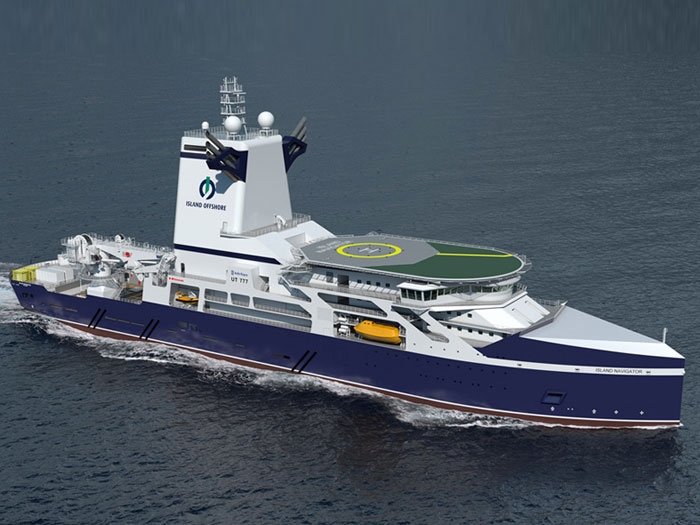 KHI will recognize Yen 13 billion (about US$114.8 million) in extraordinary losses on revaluation of inventories (work-in-progress) in relation to the vessel in its consolidated settlement of accounts for the third quarter of the fiscal year ending March 31, 2018.

KHI says the shipbuilding contract for the vessel was signed in November 2013. “Since the Vessel was the first vessel of this type to be constructed by, the shipbuilder faced “difficulties in its engineering process as well as increases in the material costs etc.”

KHI says that it had earlier suspended construction of the vessel temporarily as Island Offshore negotiated a financial restructuring.

Now, “in the common understanding that the environment surrounding the offshore development industry is, and will be, severe and unpredictable in the period of the vessel’s remaining construction, KHI and Island Offshore reached a mutual agreement to terminate the shipbuilding contract for the vessel.”

KHI says that with the termination of this contract, its disposition of losses related to the offshore development industry including the Brazilian project has been completed and that it will shift operational resources to the merchant ship business, focusing on gas carriers, and to its submarine business.

“The Island Navigator would have been a fantastic vessel. Going forward we choose to develop our existing Light Well Intervention vessel which still is the leading and most modern vessels within its niche,” said Håvard Ulstein, Managing Director of Island Offshore Management AS.