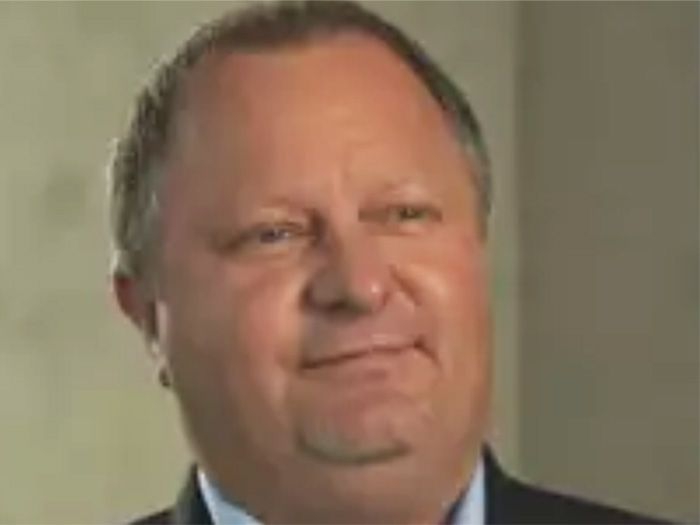 Under Harvey Gulf proposal, Shane J. Guidry would become the Chairman and Chief Executive Officer of the combined company

Harvey says that its proposal, which represents total value of $41.64 per share of GulfMark common stock, delivers a significantly greater value to GulfMark stockholders than does the proposed acquisition of GulfMark by Tidewater and that “a combined Harvey and GulfMark would be a superior company to Tidewater following its acquisition of GulfMark due to its robust long-term prospects, in particular, with respect to geographic diversification, superior fleet and significant positive cash flow.”

Urging GulfMark to engage in a negotiated transaction, Harvey says that its proposal provides GulfMark stockholders with a value of $41.64 per share of GulfMark common stock which represents a 25.0% premium to GulfMark’s closing price on July 13, 2018, the last trading day prior to the announcement of the proposed acquisition of GulfMark by Tidewater Inc.

Harvey says the valuation is based on Harvey’s enterprise value of $900 million and fully diluted value per share of $124.84, a valuation determined in conjunction with Harvey’s recent restructuring and recapitalization and says that its proposal also represents a 23.6% premium over the value of stock consideration to be paid to GulfMark stockholders as part of the proposed acquisition of GulfMark by Tidewater based on the closing price of the common stock of Tidewater on July 13, 2018.

Following is the text of Harvey’s August 1, 2018 proposal to the board of directors of GulfMark:

On behalf of HGIM Corp. (“HGIM” or “Harvey”), I am pleased to submit this proposal to combine the businesses of HGIM and GulfMark Offshore, Inc. (“GLF”) through a reverse merger in which HGIM would merge with and into GLF and the combined company would remain publicly-listed. This combination will allow for immediate accretion for each company by merging HGIM’s strong cash flow generation with GLF’s worldwide presence, creating significant value for each of our respective stockholders.

Pursuant to our proposal, GLF common stockholders would own 41.2% of the combined company. Our offer provides GLF stockholders with a value of $41.64 per share of GLF common stock which represents a 25.0% premium to GLF’s closing price on July 13, 2018, the last trading day prior to the announcement of the proposed acquisition of GLF by Tidewater Inc. (“Tidewater”). This valuation is based on HGIM’s enterprise value of $900 million and fully diluted value per share of $124.84. Additionally, subject to the review of GLF’s due diligence information, certain of our shareholders have indicated a willingness to fund a portion of our bid in cash.

Our Board of Directors and senior management are, as you know, very knowledgeable about GLF’s operations and have great respect for GLF and its business. We continue to believe in the compelling logic of a combination of GLF and HGIM, which would create the premier operator in our space. Each of us has established a superb reputation in our industry. These excellent reputations, best-in-class operations, strong customer relationships, attractive portfolio of vessels and worldwide scope of a combined HGIM and GLF would afford us the opportunity to execute a transaction that would be mutually beneficial to our respective stockholders and customers, and would be much more attractive than the proposed acquisition of GLF by Tidewater. Additionally, HGIM’s ability to bring immediate cash flow (including greater than $80 million in projected 2018 EBITDA) to the combined organization will play a meaningful role in our ability to capitalize on additional market opportunities for the new company.

We believe that our proposal clearly constitutes a “Company Superior Offer” under the terms of the proposed Tidewater merger agreement for the compelling reasons set forth below:

1. Superior Value. Our proposal, which represents total value of $41.64 per share of GLF common stock based on HGIM’s valuation (which our advisors are prepared to discuss in detail with you immediately), delivers a significantly greater value to GLF stockholders than does the proposed acquisition of GLF by Tidewater. As noted above, as of such date, our proposal represents a 25.0% premium to GLF’s closing price on July 13, 2018, the last trading day prior to the announcement of the proposed acquisition of GLF by Tidewater, and a 23.6% premium representing $79.6 million over the value of stock consideration to be paid to GLF stockholders in the proposed acquisition of GLF by Tidewater based on the closing prices of Tidewater and GLF shares of common stock on July 13, 2018.

2. Tax-Free Treatment. The proposed transaction with HGIM is structured to be tax-free to GLF stockholders with respect to the value they receive in the merger.

3. Relative Ownership. Upon consummation of the proposed transaction, GLF stockholders would own approximately 41.2% of the combined company’s outstanding common shares on a fully-diluted basis.

4. Robust Long-Term Prospects. We believe that a combined HGIM and GLF would be a superior company to Tidewater following its acquisition of GLF:

b. Fleet: The combination of HGIM and GLF would create the world’s fifth largest offshore support vessel fleet, which would enable expanded market presence, allow for better service of customer needs and significantly increase the combined company’s earnings potential.

c. Cash Flow: The combination of HGIM and GLF would immediately create a Jones Act compliant global business with significant cash flow, a rarity in our industry at this point in the cycle and one that would afford our combined company significant opportunity going forward.

We have also considered GLF’s funded indebtedness, and would welcome the opportunity for GLF’s existing lenders to participate in the transaction by maintaining their existing facility and security interests. However, should GLF’s lenders elect to be repaid under their existing facility, we have begun a process to refinance GLF’s debt either with our existing lenders or otherwise, and expect to have commitment letters from lenders to do so expeditiously upon receiving access to due diligence information.

Additionally, we expect that the proposed transaction with HGIM would be subject to customary closing conditions, including the receipt of domestic and foreign antitrust approvals and consents in the United States and other relevant jurisdictions. Based upon discussions with our advisors, we anticipate that all necessary approvals and consents can be completed in a timely manner and will involve no undue delay in comparison to GLF’s proposed acquisition by Tidewater.

HGIM has completed several large acquisitions and divestitures aggregating in excess of $1 billion since 2012, and has a proven track record of assimilating and enhancing the performance of assets and businesses that it acquires to create additional value for stockholders. Additionally, the HGIM team has extensive experience operating a global fleet and serving customers around the world. As such, we are confident that we will be able to successfully integrate GLF’s and HGIM’s businesses in a manner that will quickly maximize the benefits of the transaction for our respective stockholders.

We are confident that after the GLF Board of Directors has considered our proposal it will agree that our terms are considerably more attractive to GLF stockholders than the proposed acquisition of GLF by Tidewater and that our proposal constitutes, or is reasonably likely to lead to, a “Company Superior Offer” under the terms of GLF’s merger agreement with Tidewater. We understand that, after the GLF Board of Directors has made this determination and provided the appropriate notice to Tidewater under the merger agreement, it can authorize GLF’s management to enter into discussions with us and provide information to us. We are prepared to promptly enter into a mutually acceptable confidentiality agreement and begin our confirmatory due diligence process immediately. Given our familiarity with GLF’s business, operations and market position, we believe that this due diligence process could be completed within a two to three week timeframe.

We understand that the terms of GLF’s merger agreement with Tidewater do not currently permit GLF to terminate the merger agreement in order to accept a “Company Superior Offer,” but rather GLF has committed to bring the proposed acquisition of GLF by Tidewater to a stockholder vote. We are prepared and would welcome the opportunity to communicate the benefits of our proposal as compared to Tidewater’s proposed acquisition of GLF directly to GLF stockholders.

We have already reviewed GLF’s publicly available information and would welcome the opportunity to review the due diligence information that GLF previously provided to Tidewater. We are also prepared to give GLF and its representatives access to HGIM’s non-public information for purposes of the GLF Board of Director’s due diligence review of us.

Our Board of Directors has approved the submission of this proposal. Of course, any definitive transaction between HGIM and GLF would be subject to the final approval of our Board of Directors and our stockholders. We do not anticipate any difficulty in obtaining the required approvals and are prepared to move forward promptly at an appropriate time to seek these approvals.

We believe that time is of the essence, and we, our financial advisor, Stephens Inc., and our legal advisor, Mayer Brown LLP, are prepared to move forward expeditiously with our proposal to pursue this transaction. We believe that our proposal presents a compelling opportunity for both companies and our respective stockholders, and we look forward to receiving your response by August 7, 2018.