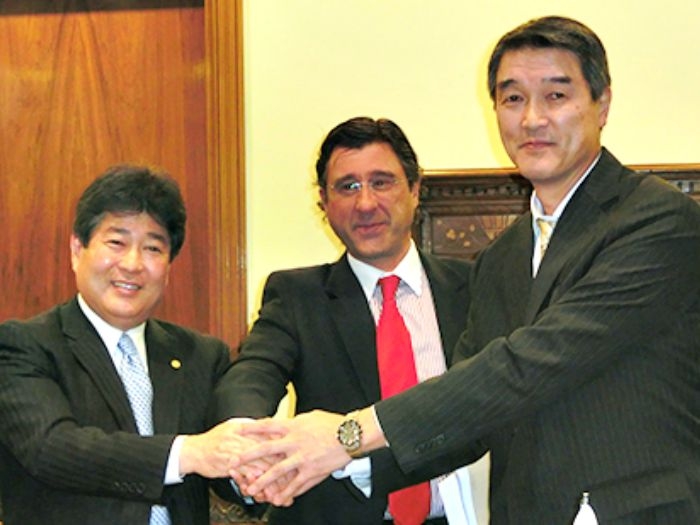 AUGUST 28, 2015—Two 178,000m³ LNG carriers for Spanish owner Elcano will be the largest of their kind to navigate the Panama Canal when they are delivered in 2017—ushering in a new pattern of global trade in Liquefied Natural Gas (LNG).

Being built by Imabari Shipbuilding and classed by Lloyd’s Register, the gas carriers will have an optimized hull shape and their propulsion power will be supplied by two low-speed, dual-fuel gas injection MAN ME-GI diesel engines, driving twin propellers with high-pressure gas supply systems. The MAN ME-GI engines are expected to improve fuel consumption performance by 40% as compared to conventional steam turbine ships.

The ships will also be fitted with GTT Mark III Flex storage tanks, which reduce their boil-off rate (BOR) from 0.15% to 0.1%. Such features make the LNG carriers among the most fuel-efficient and cleanest in the global fleet.

These services include risk assessments (HAZIDs and HAZOPS) for the vessels’ fuel gas supply system and strength, fatigue and vibration analysis services for the hull and pump tower structures.