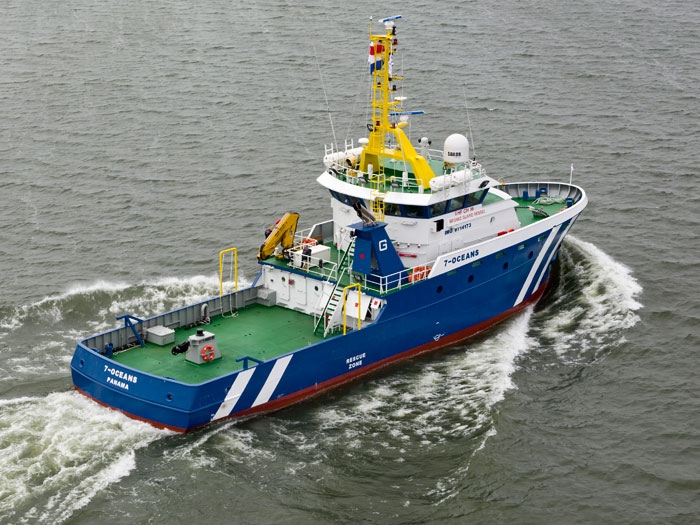 A major role of chasers is to act as guard vessels and to ensure that other shipping, mainly fishing vessels, keeps at a distance from seismic vessels engaged in offshore exploration to prevent their nets damaging seismic streamers trailing behind the survey vessels.

Originally, fishing vessels were used in this role and the 35 m design from Vestvaerftet in Denmark selected by Dolphin Geophysical is even closer to a fishing vessel compared to the two 40 m chaser newbuilds that Maaskant delivered to Rederij Groen last year (see earlier story).

The electronic package complies with an A4 service area, which enables the vessel, in combination with the ICE-class notation, to operate in Artic areas.

Accommodations are arranged for a crew of 6 with extra capacity for 8 service crew.

The deck arrangement is similar to the previously delivered 40 m chasers Astra-G and Aquarius-G, which have been proven to be efficient in their first year of operation.