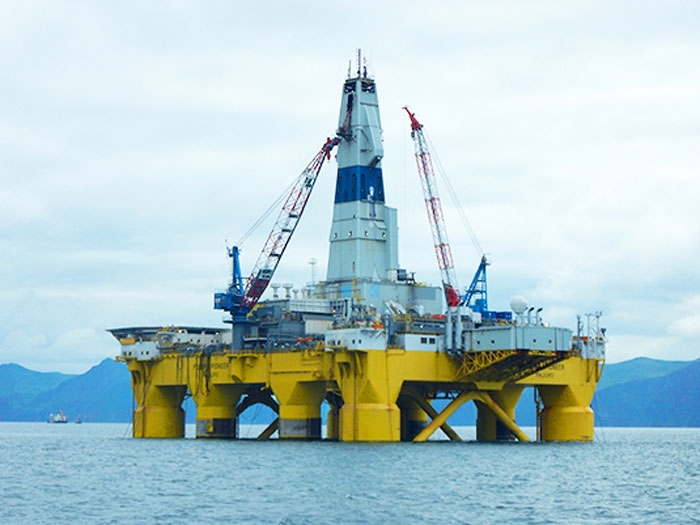 Among those making strong efforts to block the Shell program is U.S. Senator Jeff Merkley (D-OR). In June, he led a group of Senators in authoring a letter to President Obama urging the Administration to rescind Shell’s conditional exploration permit in the Chukchi Sea.

This month he announced the Stop Arctic Ocean Drilling Act of 2015. The legislation would prevent any new or renewed leases for the exploration, development, or production of oil, natural gas, or any other mineral in the Arctic planning area. The bill is co-sponsored by Sen. Martin Heinrich (D-NM), Sen. Ed Markey (D-MA), Sen. Sheldon Whitehouse (D-RI), Sen. Bernie Sanders (I-VT), and Sen. Al Franken (D-MN).

Cynics would say that particular array of sponsors pretty much guarantees that the bill is Dead on Arrival in a Senate with a Republican majority. Even so, moves like this help remind the Bureau of Safety and Environmental Enforcement (BSEE) that its treatment of Shell is under a lot of scrutiny.

BSEE has now given Shell conditional approval of two Applications for Permits to Drill (APD) to conduct limited exploratory drilling activities in the Chukchi Sea under what it emphasizes is a “robust array of safety requirements.”
Specifically, the APDs limit Shell to drilling only the top sections of wells and prohibit Shell from drilling into oil-bearing zones.

Shell currently is not permitted to drill into oil-bearing zones because, to do so, BSEE requires that a capping stack be on hand and deployable within 24 hours. A capping stack is a critical piece of emergency response equipment designed to shut in a well in the unlikely event of a loss of well control. Shell’s capping stack is staged on the vessel M/V Fennica, which is currently en route to Portland, OR, for repairs.

If and when the M/V Fennica is capable of being deployed in the Chukchi Sea and Shell is able to satisfy the capping stack requirement, says BSEE, the company may submit an Application for Permit to Modify the APDs and request to have this restriction reconsidered.

“Without question, activities conducted offshore Alaska must be held to the highest safety, environmental protection, and emergency response standards,” says BSEE Director Brian Salerno . “Without the required well control system in place, Shell will not be allowed to drill into oil-bearing zones. As Shell conducts exploratory activities, we will be monitoring their work around the clock to ensure the utmost safety and environmental stewardship.”

The BSEE conditional APD approvals also impose a number of other requirements on Shell.