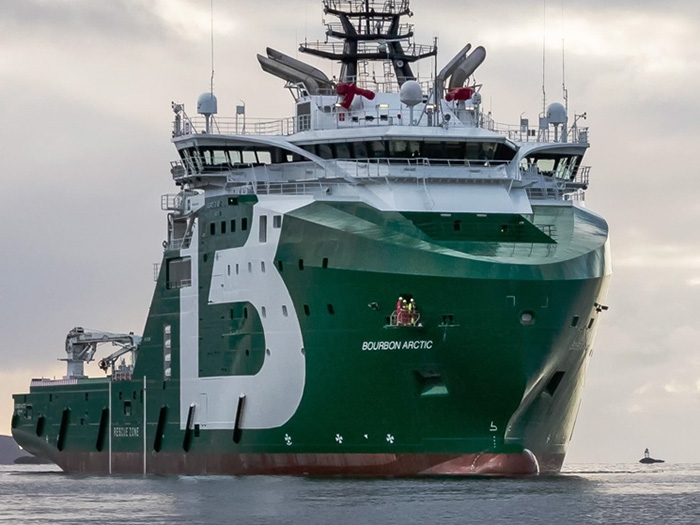 FEBRUARY 13, 2017 — Paris headquartered offshore services provider Bourbon Corporation is to shed 41 of its 65 oldest vessels and take an expected impairment loss of about €170 million (about $210 million) on their sale.

The sale is part of an action plan (called “#BOURBONINMOTION”) approved by the company’s board yesterday. It will see Bourbon’s activities reorganized into three distinct affiliates: Bourbon Marine & Logistics, Bourbon Subsea Services and Bourbon Mobility. The three entities will be able to implement their own strategies and will each have a management team whose Chief Executive Officer will report to a Board of Directors. They will focus on profitable growth changing their model to develop more integrated services.

Capitalizing on the digital revolution, Bourbon Marine & Logistics will invest €75 million over three years to connect 132 of its modern supply vessels (known as the “smart fleet”) with the main objective of improving operational excellence at optimum cost.

The ships to be sold (known as the “non-smart fleet”) are the 41 oldest of Bourbon Marine & Logistics’ traditional fleet of 65 vessels, which cannot be connected.

“As the market cycle has bottomed out, Bourbon must focus more than ever on operational excellence, fleet utilization rates, cost reduction program and free cash flow preservation,” said Gaël Bodénès, Chief Executive Officer of Bourbon Corporation. “However, we need to go even further, because market overcapacity is driving prices down sustainably and we believe that tomorrow will look very different from yesterday. The crisis has highlighted the need to change our model and this is what the #BOURBONINMOTION plan is all about.”

Bourbon says its 2017 financial statements are currently being finalized and have not been audited yet. In addition to the impairment loss to be recognized on the disposal of the “non-smart fleet” and with adjusted EBITDAR expected to be around €250 million (compared to an adjusted EBITDAR of €383 million in 2016), still penalized by challenging market conditions, provisions and depreciations recorded in relation to these conditions, and the weakening of the U.S. Dollar against the Euro, the consolidated net loss for 2017 is expected at around €600 million (compared to a net loss of €279.6 million in 2016).

With a positive free cash flow 2017 expected over €100 million, showing a strong growth over the previous year (€64.7 million in 2016), Bourbon says it is recognized as one OSV sector company that is well positioned.to benefit from the announced recovery.

Jacques de Chateauvieux, Executive Chairman of Bourbon Corporation, commented: “We are ready to meet the challenges of the transformation profoundly impacting the Oil & Gas industry and already driving major changes at our key customers. The #BOURBONINMOTION action plan unveils the new face of Bourbon, which is, as in the past, not afraid to reinvent itself and innovate with the commitment of the women and men who contribute to its development around the world. Indeed, beyond the technological revolution lies a personal revolution for all Bourbon team members.”