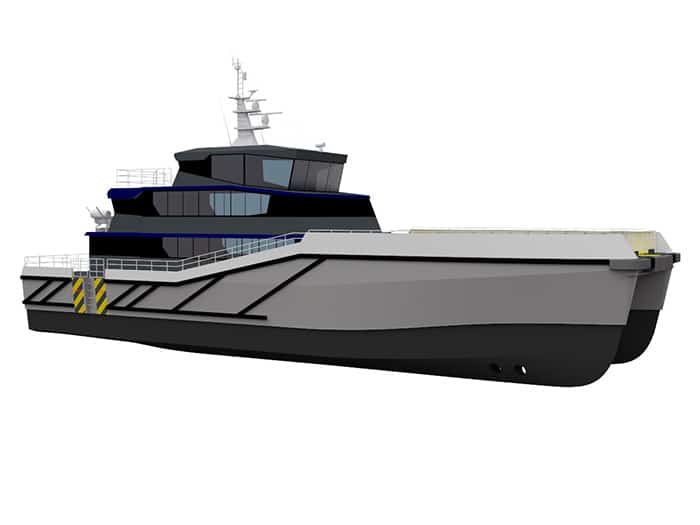 Southampton, U.K., based Chartwell Marine has been awarded a GBP 320,000 (about $395,000) Innovate UK Smart Grant. Chartwell, whose designs have been selected for a number of Jones Act CTV builds, says that the grant will allow it and its consortium partners — Boat Electric & Electronics and Engineered Marine Systems — to develop and test the feasibility of a methanol-fueled vessel design, with applications in the offshore wind, commercial workboat and leisure sectors.

Chartwell says that methanol fuel presents a significant opportunity to decarbonize the maritime industry as it can be produced from biomass and can carry a near-zero carbon footprint. It can be stored safely and effectively in standard atmospheric conditions, and spills have little adverse effect on the local aquatic environment.

Though half as energy dense as diesel fuel, methanol can take advantage of reforming technology alongside fuel-cells to create energy with virtually zero carbon emissions. Methanol reforming technologies are currently available commercially; however, they have been largely untested in commercial or leisure vessel design.

“In applying the technology to a medium-sized vessel with Chartwell’s signature multi-hull design philosophy, the company is well-placed to use the learning enabled by the Smart Grant to open a path to methanol’s feasibility as a fuel in wider maritime contexts — namely offshore wind support, alongside the commercial workboat and leisure vessel industries,” ,” says Andy Page, director and naval architect at Chartwell Marine.”

“We’re grateful to Innovate UK for the opportunity to delve deeper into the feasibility of methanol-based propulsion,” continues Page. “As a company, we’ve delivered over 30% of hybrid vessels in the U.K. offshore wind market, all complete with the latest state of the art electric-diesel hybrid technology. That gives us a great starting point to take methanol forward in a meaningful way and cut through some of the challenges we’ve seen in the development of alternative fuels, which may be a long time from full viability. There are still hurdles to overcome with methanol, of course: a lack of refueling infrastructure onshore, weight issues, and fully efficient conversion to energy, to name some.”

Page says that “with the right investment and build partners, we can use our expertise in offshore wind vessel design to target these challenges and create a proof-of-concept methanol-fueled vessel that will be cost-effective, well-engineered and hydrodynamically optimized for deployment worldwide.” 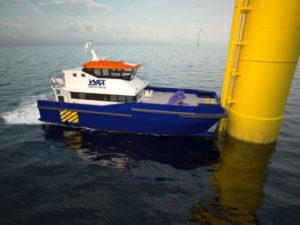