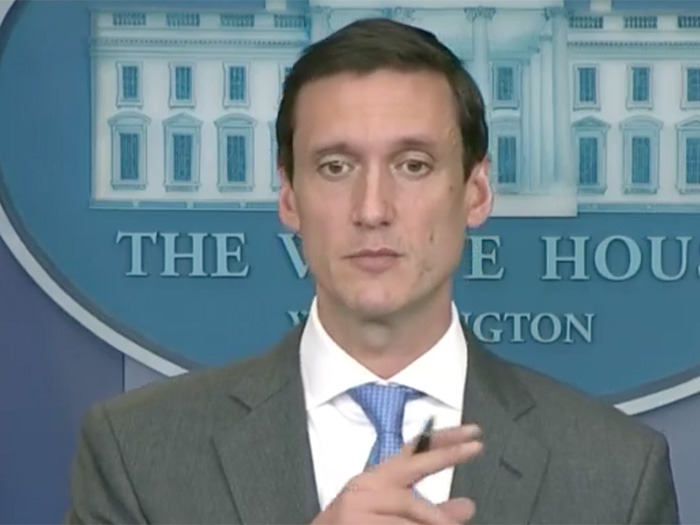 SEPTEMBER 29, 2017 — The U.S. maritime industry is become angered by what some see as a quite cynical attempt by long time Jones Act opponents to leverage the situation in Puerto Rico to permanently weaken the measure.

It has become abundantly clear that shortage of ships has had absolutely nothing to do with the shortage of relief supplies within Puerto Rico. This was, of course, known to officials on the ground. However, misinformation about the Jones Act somehow fed its way into the media and a 10 day waiver followed.

At yesterday’s White House press briefing, President Trump’s homeland security adviser, Tom Bossert, explained why the waiver was issued. It’s worth reading the following transcript of what he actually said:

Q: If I can ask you — first of all, thanks for being here. Specifically on the Jones Act, which has been the focus of a lot of attention in the course of the last 24 to 72 hours right now, critics say the White House should have moved more quickly in waiving the Jones Act, lawmakers among them. Why is that an unfounded complaint?

MR. BOSSERT: Okay, so it is an unfounded complaint and here’s why: The Jones Act, real briefly stated, is a rule that favors flag vessels — U.S. flag vessels. If there are not enough U.S. flag vessels — the capacity, in other words — to meet the need, then we waive the Jones Act. In this particular case, we had enough capacity of U.S. flag vessels to take more than, or to exceed the requirement and need of diesel fuel and other commodities into Puerto Rico.

What happened is, I think almost 17 or 18 days’ worth of now what you’re seeing — backlogged diesel fuel need in the island. But it was a little bit misunderstood and misreported that we had a capacity problem and had to waive the Jones Act. Not the case. The idea here is that we had provided as many commodities as were necessary to the island. The challenge became, then, land-based distribution. That remains the challenge; that remains the priority today.

However, last night, Governor Rosselló called me a little after eight o’clock and said, at this point, to ensure that the additional needs are met as we move forward, it might be a good idea to proactively make sure that we pull out all the stops just in case that capacity problem ran into the requirement problem. I talked to the President; he thought that was absolutely the right thing to do, and waived it right away.

So that was not too late. It was not even too early. It was just the right thing to do proactively.

Q: So to be very clear, through this point, then obviously distribution is one of the biggest challenges. You talked about 44 of 69 hospitals now being up and running as necessary to bring those people whose lives are at risk. What percentage of the country would you say you really haven’t had a chance to even explore to see how they’ve been impacted by this?

MR. BOSSERT: Yeah, so it’s hard to answer the percentage of the country, so I’ll answer it this way: Through aerial surveillance we’ve seen the entirety of Puerto Rico. Some of the southwest and southeast sections of the island have had a little bit more sparse on-foot exploration. But it’s the interior of the island that’s presenting the biggest problem for us right now. The mountainous interior is where we’re dedicating our efforts to try to get in with rotary wing support. The margins, so to speak, are now open to airports and seaports, so that’s where we’re freeing up some of that delivery.

But again, back to the Jones Act question, we had — up until the waiver last night — enough capacity in U.S. flag vessels to get all the commodities necessary into the island. We just then ran into the priority challenge of distributing land-based commodities into the people, and that’s — if I can pivot before I take the next question, that’s a challenge or a function of two problems:

First, the capacity of the locals in the state were diminished because those people are victims, as well, that work for the state and work for the local authorities. And then, secondly, the debris and down power lines had to be pushed out of the way. And so we’ve got the resources there to do that now, but that’s the challenge remaining.

The central interior is going to be reviewed and looked at very carefully over the next 24, 48 hours to make sure we’re getting the needs of the people met.

Q: A quick follow on John, if I could. Had Governor Rosselló, Tom, not requested — protectively — a waiver in the Jones Act, would you have seen a compelling reason to initiate a waiver?

MR. BOSSERT: I wouldn’t have, and I wasn’t recommending to the President that he waive the Jones Act at the time until I got the governor’s request. And it may be a historical note of relevance: Sometimes we’ll see the carriers request the waiver, right? So you’ll have foreign flag vessels or U.S. flag vessels or carrier companies call us and say, “Please waive it because there’s an issue.” We didn’t get, to my knowledge, any carrier requests.

But once the governor calls and says, “Proactively, as I see out into the future, on the horizon” — then I think that we should listen to him. And the President completely agreed.

You can read the full transcript of the briefing HERE