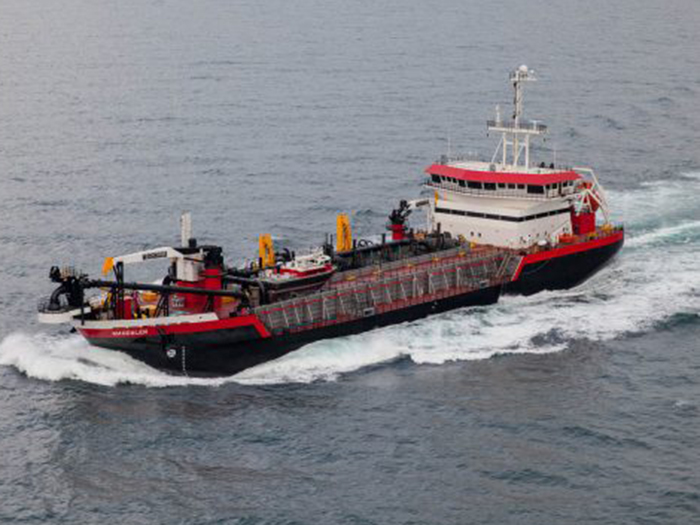 Dredge will be sister ship to Magdalen (above).

The new vessel will be constructed at Eastern’s Allanton Panamshipyard in Panama City.

Named the R.B. Weeks, the new trailing suction hopper dredge is scheduled for delivery early first quarter 2023 (or earlier). The R.B. Weeks, is named after the co-founder of the company and the husband of Magdalen Weeks, for whom the Magdalen is named.

“This is the third major capital construction shipbuilding project in as many years for Weeks Marine. It reflects Weeks Marine’s commitment to building dredges to serve the needs of the United States of America,” said William P. Doyle, Chief Executive Officer of the Dredging Contractors of America. “U.S. dredging companies are putting people to work and keeping them working doing America’s dredging – American built – American owned – American crewed.”

It is the third large scale hopper dredge over the past five years that Eastern has built and is constructing, reflecting Eastern’s commitment to building complex dredge vessels for the U.S. Jones Act maritime industry.