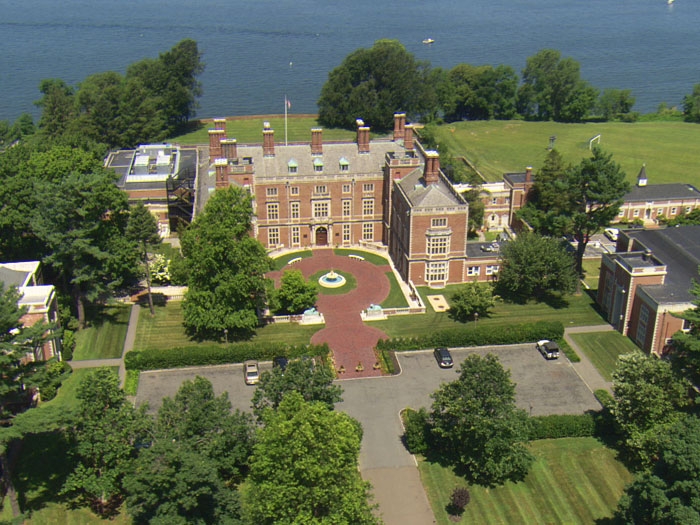 "Webb has a unique challenge, as the demand for our graduates exceeds supply; each year, 100% of our students receive meaningful job offers or pursue advanced degrees," said Webb's President, R. Keith Michel. "It is imperative that we respond to industry demand; build upon our facilities to provide students access to cutting-edge technology; and, sustain the financial model of providing each and every one of our students with a full-tuition scholarship."

Five Cornerstone investments (contributions of $2.5 million or more) have already been secured, four of them from members of the Campaign Cabinet.  The momentum generated means that $22.8 million of the $40 million goal has been secured.

"Making an investment in Webb is making an investment in the best, simply put – the best education, the most promising students, the opportunity to make the greatest industry impact," said Joseph J. Cuneo.  "I'm honored to serve as the Campaign Chair and welcome the responsibility to help secure the future financial well-being of Webb."

Of the $40 million Campaign goal, $28 million will be raised to strengthen the endowment and ensure the sustainability of the full-tuition scholarship model, and $12 million will be earmarked for facilities improvement, headed by the establishment of a Faculty & Research Center and an expansion of the on-campus residence halls.

"Webb Institute's goal is to attract top students who display a passion and an aptitude for engineering," said Mr. Michel. "Because of a carefully crafted blend of theoretical study and practical application, Webb alumni are recognized by the industry as being exceptionally well prepared to make immediate and lasting contributions."

While 80% of Webb alumni serve the marine community, he noted, Webb graduates make an impact across industries as CEOs of companies and entrepreneurs in high-tech start-ups; as leaders in law, finance, higher education, retail and manufacturing — each building on the foundation of the Webb engineering education.

Campaign regional kick-off events will be held throughout next year, enabling Webb alumni, friends, and family to learn first-hand of the Campaign's priorities, and provide an opportunity for live Q&A sessions with Campaign leadership and members of Webb's administration.

SEPTEMBER 10, 2015 —Webb Institute, Glen Cove, NY, is launching of the most ambitious fund raising effort in its history. The undergraduate college, which specializes in naval architecture and marine engineering and offers students full-tuition scholarships, is hoping to raise $40 million to enhance its programs, infrastructure, and financial resources to meet the growing challenges of an expanding marine industry. The financial goal its a five-fold increase from the previous Campaign initiated in 2003.