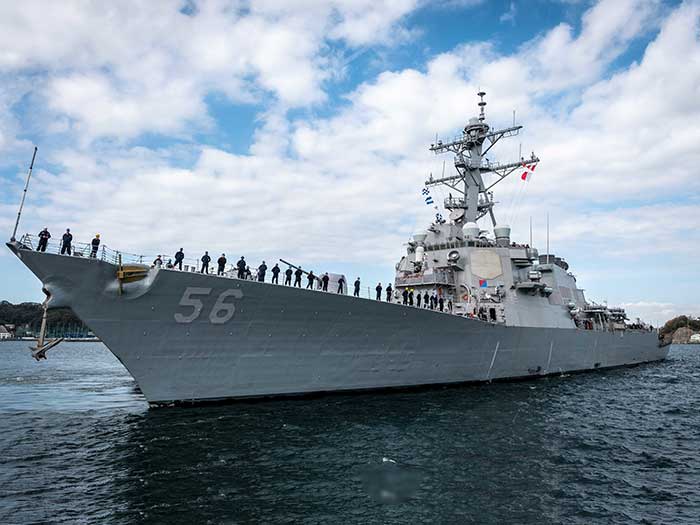 The USS John S. McCain (DDG 56) is underway from Yokosuka, Japan, to conduct comprehensive at sea testing after completing the repairs needed following its August its 2017 collision with the tanker Alnic MC. The incident cost the lives of ten sailors and left another ten injured.

During the at-sea testing, the Arleigh Burke class destroyer and her crew will perform a series of demonstrations to evaluate that the ship’s onboard systems meet or exceed Navy performance specifications. Among the systems that will be tested are navigation, damage control, mechanical and electrical systems, combat systems, communications, and propulsion application.

John S. McCain, forward-deployed to Destroyer Squadron 15, Yokosuka, Japan, completed her in-port phase of training, and will continue Basic Phase at-sea training in the upcoming months to certify in every mission area the ship is required to perform and prepare for return to operational tasking,

“The USS John S. McCain embodies the absolute fighting spirit of her namesakes, and shows the resiliency of our sailors,” said Capt. Steven DeMoss, commander, Destroyer Squadron 15. “She has completed her maintenance period with the most up-to-date multi-mission offensive and defensive capabilities, preparing her to successfully execute a multitude of high-end operations.”