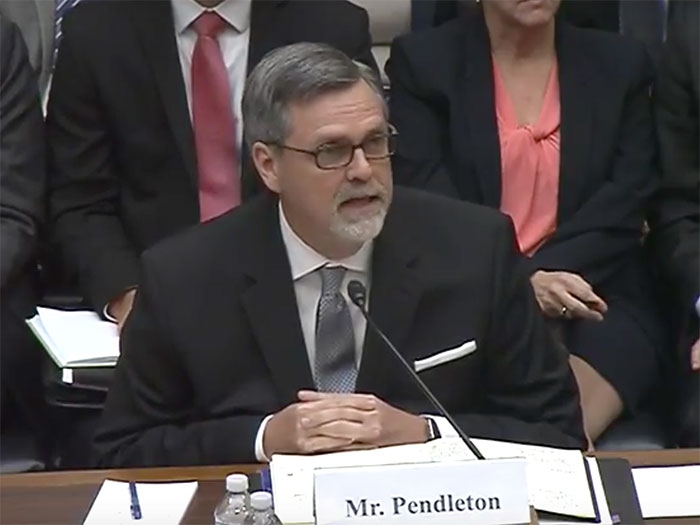 That’s just one of the facts to emerge from a hearing on “Navy Readiness – Underlying Problems Associated with the USS Fitzgerald and USS John S. McCain” held yesterday by the Readiness and Seapower & Projection Forces panels of the House Armed Services Committee.

According to Mr. Pendleton’s prepared testimony, GAO’s prior work shows that the Navy has increased deployment lengths, shortened training periods, and reduced or deferred maintenance to meet high operational demands, which has resulted in declining ship conditions and a worsening trend in overall readiness.

Some of the concerns that GAO has highlighted include degraded readiness of ships homeported overseas, with no dedicated training periods built into the operational schedules of the cruisers and destroyers based in Japan. The Navy has made plans to revise operational schedules to provide dedicated training time for overseas-based ships, but this schedule has not yet been implemented.

The GAO also says that crew size reductions contribute to sailor overwork and safety risks: GAO found in May 2017 that reductions to crew sizes the Navy made in the early 2000s were not analytically supported and may now be creating safety risks. The Navy has reversed some of those changes but continues to use a work week standard that does not reflect the actual time sailors spend working and does not account for in-port workload—both of which have contributed to some sailors working over 100 hours a week.

Another GAO finding: in fiscal years 2011 through 2016, maintenance overruns on 107 of 169 surface ships (63 percent) resulted in 6,603 lost operational days (i.e.,the ships were not available for training and operations).

Funding reductions and uncertainties are also a part of the picture.

“An often-overlooked aspect of funding readiness is that we don’t just fund readiness with dollars. We also fund it with time,” said Admiral Moran in his prepared testimony. “Like dollars, time is a currency that must be budgeted and protected to ensure our ships are maintained, modernized, and trained to carry out the missions assigned. Persistent high operational tempo costs us time to prepare, maintain and thoroughly train our crews. Add to this mix, a lack of timely approved budgets which generate impacts on planning large events like ship maintenance and modernization yard periods and we end up piling work, time and difficult resourcing decisions on the Fleet.”