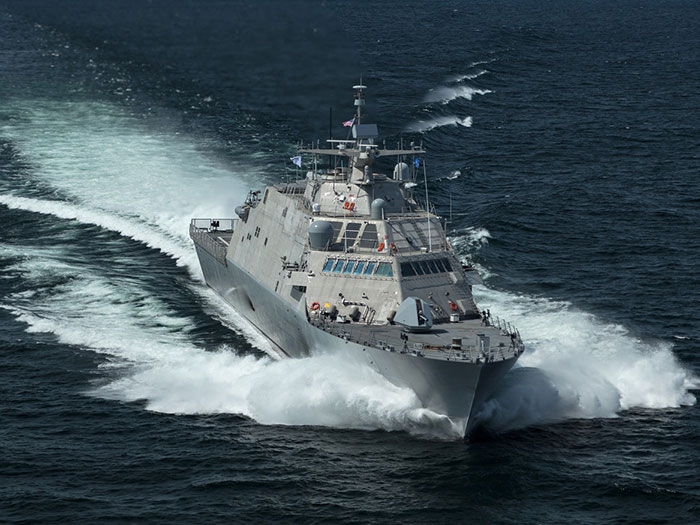 The future USS Little Rock, the fifth Freedom-variant LCS built by Lockheed Martin and Fincantieri Marinette Marine, completed acceptance trials with the highest score of any Freedom-variant LCS to date, earning the right to fly brooms atop its mast signifying a clean sweep of the ship’s sea trials.

The five-day, U.S. Navy-led trials featured a comprehensive array of tests designed to demonstrate performance of the ship’s propulsion plant, handling and auxiliary systems. Completion of the trials marks the last major milestone before LCS 9 is delivered to the Navy.

“Our team has raised the bar for Freedom-variant Littoral Combat Ship performance,” said Joe DePietro, Lockheed Martin vice president of small surface combatants and ship systems. “This was an exceptional trial – the best of the class to date, thanks to the extraordinary contributions of all Freedom-variant LCS teammates.”

The five-day trials, conducted in port and at sea by the U.S. Navy’s Board of Inspection and Survey (INSURV), represent the last major milestone before the ship’s delivery. During the trials, the Navy conducted comprehensive tests of the LCS intended to demonstrate the performance of the propulsion plant, ship handling, and auxiliary systems.

Lockheed Martin and Fincantieri Marinette Marine are now preparing Little Rock for delivery in the coming weeks, She will be commissioned next to her decommissioned namesake in Buffalo later this year.

The Freedom-variant’s steel monohull design is based on a proven, resilient design recognized for its stability and reliability.