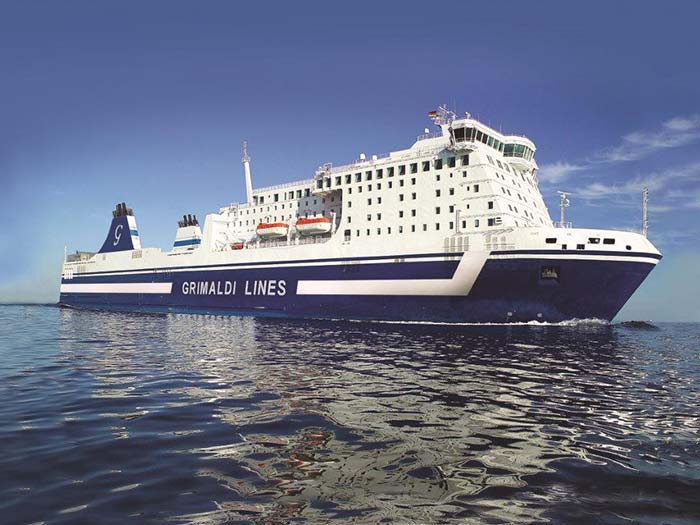 It has just taken delivery of the second of four ships that it is having lengthened and has options to stretch two more. In addition, Finnlines Plc’s fully owned Swedish subsidiary, Rederi Aktiebolaget Nordö-Link, has purchased a Star class passenger-freight vessel, MS Europalink, from the Grimaldi Group.

MS Europalink will be fitted with exhaust gas scrubbers in mid-March and will be reflagged from the Italian to the Swedish flag to operate on the Malmö, Sweden, to Travemünde, Germany, route after undergoing refurbishment of it public areas.

The RoPax vessel was built at Fincantieri shipyard in Italy in 2007, and it has a capacity of 4,215 lane meters and 554 passengers.

Finnlines says its lengthening program is progressing well and according to plan. The video shows the lengthening of the first vessel, the Finntide, at Poland’s Remontowa shipyard and now a second vessel, MS Finnwave, has been redelivered 30 meters longer. The capacity of the vessel is now 4,192 lane m, which means that the lengthening added 1,000 lane ms.

MS Finnwave has returned to the normal traffic on Uusikaupunki/Turku–Travemünde route. By the end of May, a further two vessels, MS Finnsun and MS Finnsky, will be lengthened.

Finnlines has an option to lengthen two additional vessels.

“We respond to the growing demand by increasing our vessels’ cargo and passenger capacity,” says Tom Pippingsköld, CFO of Finnlines. “This enables us to utilize our bigger tonnage more efficiently and, also serve our customers even better. In addition to improving the customer service, we continue investing in sustainable development – by increasing our energy efficiency and reducing emissions per transported tonne