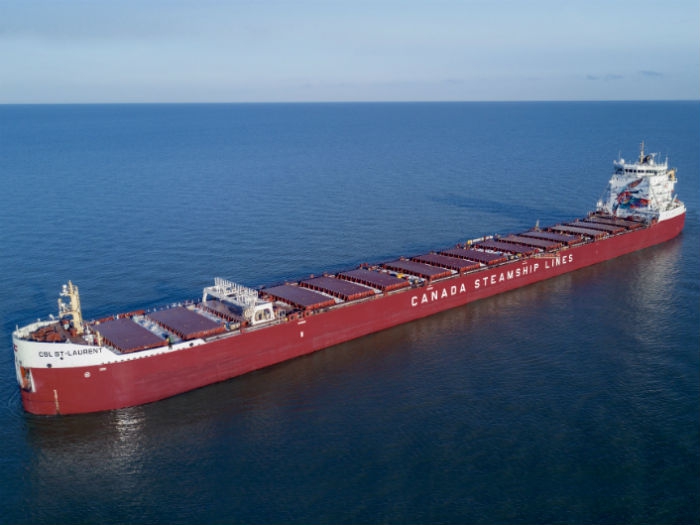 JANUARY 18, 2018—The Chamber of Marine Commerce would like to keep the economic recovery ball rolling on Great Lakes-St. Lawrence Seaway in 2018. In order to continue the economic recovery seen in 2017, however, the bi-national association believes that there needs to be harmonization of some legislative and regulatory policy initiatives taken by the U.S. and Canada.

With that in mind, Chamber of Marine Commerce President Bruce Burrows recently unveiled a 2018 wish list for legislative and policy makers to build on the economic momentum of Great Lakes-St. Lawrence and coastal shipping in Canada and the U.S.

“2017 was a year of significant cargo increases fueled by global economic recovery and new business wins by our members,” says Burrows. “But the difficult season closing as ships struggled to move through ice after an Arctic-like cold snap reminded us that challenges can arise even in the good years. It underscored the importance of having a competitive, well-resourced and resilient marine transportation system that advances our ambitions to deliver both economic and environmental progress.”

The Chamber of Marine Commerce is hosting its Annual Marine Club Luncheon in Toronto later today, a signature event during a week of industry meetings which attracts a crowd of more than 200 Canadian and U.S. shipping, industrial and agricultural executives along with federal, provincial and local government representatives.

The CMC’s priority list of areas to address in 2018 include:

Burrows says, “My overall wish for 2018 is that we roll up our sleeves and work closely with MPs, MPPs and other officials on both sides of the border to develop complementary policies and programs that facilitate growth and recognize the marine industry’s significant environmental and social benefits.”