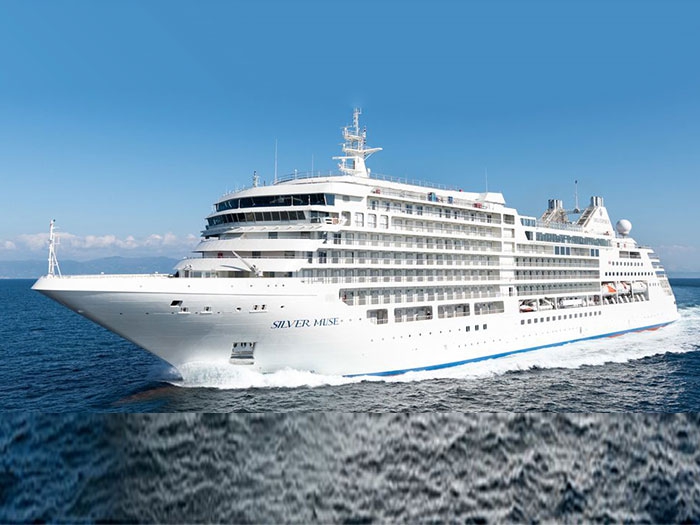 MAY 15, 2018 — Monaco headquartered Silversea Cruises has awarded Fincantieri a contract valued at over EUR 320 million (about $380 million) for a further ultra-luxury cruise ship, with delivery scheduled for fourth quarter 2021. The contract is valued at over €320 million.

Named Silver Dawn, the new vessel will be the line’s eleventh ship. It will be a sister ship to Silversea’s flagship, the 40,700 grt ,596 guest Silver Muse, which was delivered by the shipbuilder’s Sestri Ponente shipyard in Genoa, Italy, last year.

This latest order comes just months after the cruise line signed a contract with Fincantieri for the construction of Silver Moon, another sister ship to Silver Muse, which is due to be delivered in 2020.

“Following the extraordinary success of Silver Muse, we are delighted to announce Silver Dawn as the eleventh ship to join the Silversea fleet,” said Manfredi Lefebvre d’Ovidio, Silversea’s Chairman. “Silver Dawn will bear the same hallmarks of quality that guests currently enjoy on our 6-star ships. We look forward to welcoming guests aboard in November 2021. It was my father’s dream to grow Silversea to at least a 12-ship fleet; today, we are one step closer to fulfilling his vision.”

Giuseppe Bono, CEO of Fincantieri, said: “It is a great satisfaction for our Group to see an ambitious project like Silver Muse establish itself on the market and get the highest appreciation from an exclusive and demanding customer like Silversea, that today confirms its trust in us.”