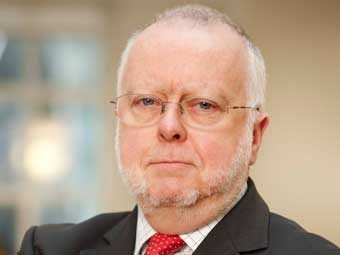 Peter Hinchcliffe: "We hope that governments will do the right thing and reverse this unfortunate decision"

OCTOBER 14, 2014 — A decision by governments to wind up the 1971 International Oil Pollution Compensation Fund (IOPCF) threatens the smooth running of the well-established global regime for compensation from oil pollution from ships, says the International Chamber of Shipping (ICS), the global trade association for shipowners.

At next week’s IOPCF meeting in London, ICS (in conjunction with BIMCO and Intertanko) will argue that it is premature to wind up the 1971 Fund when there are still outstanding claims not covered by the current 1992 Fund.

Some of these claims are subject to litigation, with money potentially still owed to the shipowners’ insurers, the Protection & Indemity (P&I) Clubs. ICS is supporting the position of the International Group of P&I Clubs and advocating a rethink of the decision, confirmed by an IOPCF meeting in April this year.

The shipping industry believes that the decision to wind up the 1971 Fund before resolving outstanding claims is in breach of the 1971 International Convention on the Establishment of an International Fund for Compensation for Oil Pollution, and will also result in a serious threat to the operation of the 1992 Fund, to the detriment of the interests of future pollution victims.

The issue is complicated but, because of the failure to address outstanding claims, the P&I Clubs may no longer be willing to continue making advance interim payments, following pollution incidents, in excess of the shipowners’ limitation amounts (under the IMO Civil Liability Convention) if they think that these payments may not be compensated by the 1992 Fund in the future. This could cause delay in providing compensation, potentially resulting in significant hardship for claimants.

ICS believes that those governments that have supported the decision to wind up the 1971 Fund may not have not given full regard to these long term dangers.

“It is important to understand that these unintended consquences are real” said ICS Secretary General, Peter Hinchliffe. “The P&I Clubs, which are owned by shipowners, have made it very clear that this decision is likely to have very serious implications. We are therefore pleased that the United Kingdom has recognized our concerns, suggesting that the decision to wind up the 1971 Fund should be deferred at next week’s critical meeting of the IOPCF. We hope very much that other IMO Member States will support the U.K.’s submission.”

The ICS says that for four decades the regime established by the IMO Civil Liability (CLC) and Fund Conventions, with costs divided between shipowners and cargo interests, has provided a quick and efficient means of compensating pollution victims. The shipowners’ contribution is paid regardless of fault, with claimants having recourse to the IOPCF (which is funded by contributions from the oil industry) if the shipowner’s liability under the CLC Convention is exceeded.

“We wish to avoid jeopardizing the future operation of the IMO regime” said Peter Hinchliffe. “The decision to wind up the 1971 Fund before claims have been settled also appears to contravene the IMO Fund Convention. We therefore hope that governments will do the right thing and reverse this unfortunate decision.”

The shipping industry submission to the International Oil Pollution Compensation Funds (IOPCF), which meets in London from 20-24 October, can be found HERE