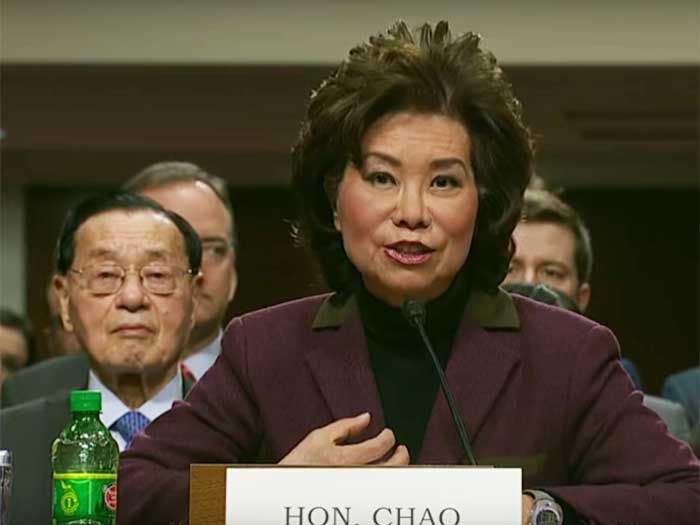 JANUARY 31, 2017 — The U.S. Senate confirmed by a 93-6 vote Elaine Chao’s nomination to be transportation secretary in the Trump administration.

Secretary Chao’s nomination was broadly welcomed by the U.S. maritime industry including the American Maritime Partnership, which said that “with vast experience across the maritime industry and prior service at the U.S. Department of Transportation, Maritime Administration, and Federal Maritime Commission, Secretary Chao understands the critical role our industry plays in advancing the nation’s economic and national security.”