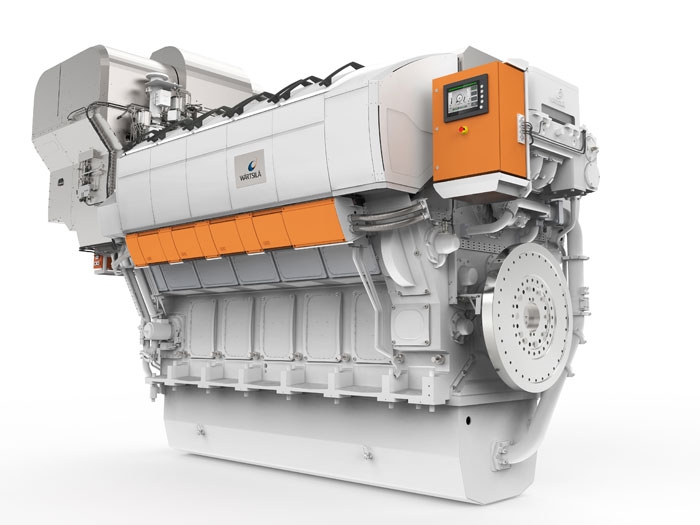 The innovative two-stage ABB Turbocharging technology has increased pressure ratio capabilities up to 12, from 8 in the first generation, and turbocharger efficiency beyond 75%, compared to a single-stage turbocharger which is typically around 65-70%.  This combination of higher efficiency and higher pressure ratio contributes to increased engine power density, and also translates into significant potential for saving on fuel consumption costs and up to 60% lower NOx emissions.

“Power2 800-M second generation has been developed from scratch with the two turbochargers working seamlessly together to extract a higher percentage of residual energy from the exhaust gases,” he adds. “It surpasses current industry standards in enabling increased power output, fuel savings and emission reductions. Our collaboration with Wärtsilä has allowed ABB’s state-of-the-art technology to be part of this first-of-a-kind engine project.”

This second generation of Power2 800-M is over 20 percent more compact than conventional two-stage solutions, enabling space to be maximized on the engine. It was also designed with high availability and minimum downtime in mind being both easier to accommodate on the engine and, significantly for operators, it enables fast service execution under limited space conditions due to the “extractable cartridge” concept.  This allows turbocharger overhauls without touching any engine connections, resulting in a significant reduction in servicing time.

The increased pressure ratios and turbocharging efficiencies support engine concepts enabling “six figure savings” on fuel annually, says Mr. Rofka. The unveiling of the Wärtsilä 31 indicates that these “benefits will soon be available across a wide range of vessel types”, he adds.

The latest generation of Power2 800-M is also designed to allow fuel flexibility as it is applicable to engines burning all marine fuel types.