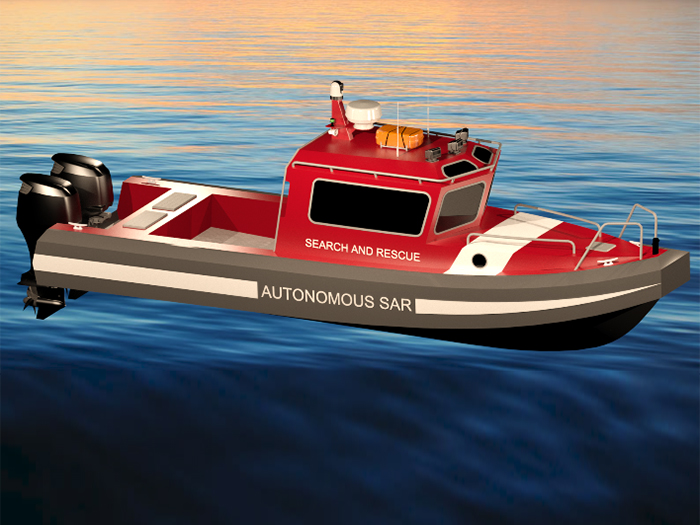 Once installed, the SM300 will add the following new capabilities to Hike Metal’s vessels:

Additionally, Sea Machines enables minimally manned and unmanned autonomous operations, enabling operators to respond to rescue situations at anytime of the day or night, even when crews are unavailable or restricted.

“Response times are critical in the success of search-and-rescue missions, due to the limited survival time of victims who fall overboard and inherent risks to rescuers,” said Sea Machines’ Don Black, vice president, sales and marketing. “Our technologies installed aboard responding vessels reduce response times and increase productivity of on-water search operations, improving safety for all involved. We are thrilled to partner with Hike Metal on such an important prototype that will help to modernize marine responses, save lives and recover critical property faster.”

“We have seen the need to increase response capabilities and also reduce the risk to first responders. We feel this technology and platform will be a valuable tool to all Coast Guard Societies around the world,” said Hike Metal’s Roger Stanton, senior project manager. “We are very excited to be working with Sea Machines, a leader in autonomous technology for the marine environment.”

Sea Machines’ SM Series of products, which includes the SM300 and SM200, provides marine operators a new era of task-driven, computer-guided vessel control, bringing advanced autonomy within reach for small- and large-scale operations. SM products can be installed aboard existing or new-build commercial vessels with return on investment typically seen within a year.