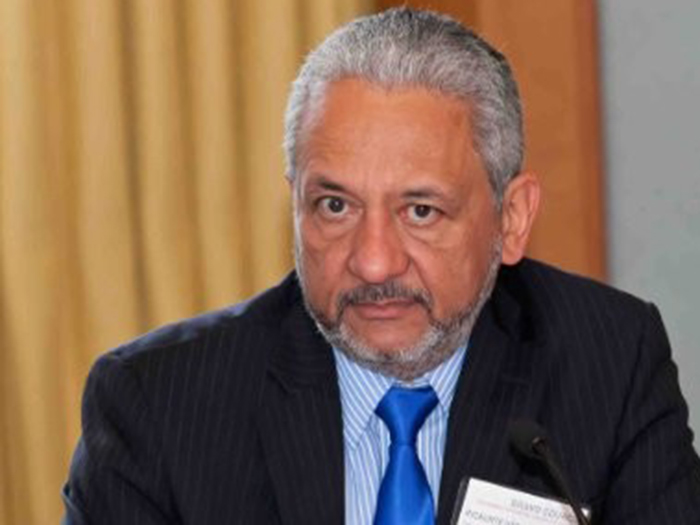 The Panama Canal Board of Directors today announced the appointment of Mr. Ricaurte Vasquez as the next Panama Canal Administrator. He will take office on September 4, 2019, succeeding current Administrator Jorge L. Quijano, who concludes his seven-year term.

The Board of Directors says it selected Mr. Vasquez “in accordance to an independent, transparent and rigorous process mandated by the Panamanian Constitution and Organic Law of the Panama Canal Authority.”

Mr. Vasquez has more than 30 years of experience in financial and international capital market management and in the public sector. He served as Minister for Canal Affairs and Chairman of Panama Canal Board of Directors (2004-2006), deputy administrator (2000-2004) and finance director (1996-2000) for the waterway, playing a role in laying the groundwork for the Panama Canal Expansion Program.

To guarantee a smooth succession, Mr. Vasquez will soon begin a transition period under the guidance of Administrator Quijano, who will be retiring after more than 40 years with the waterway.

“We are committed to ensuring that Mr. Vasquez acquires the knowledge and expertise required for a smooth transition,” said Administrator Quijano. “As was the case during past transition periods, we can assure the maritime community that the waterway will continue to offer uninterrupted, reliable and safe service to its customers.”

Mr. Vasquez will become the fourth Panamanian Administrator of the waterway shortly before it celebrates its 20th year under Panamanian administration on December 31, 2019.

Past Panamanian Administrators include Jorge Quijano (2012-2019), Alberto Aleman Zubieta (1996-2012) and Gilberto Guardia (1990-96), who was the Administrator of the Panama Canal Commission, the U.S. federal agency that operated the Canal until 1999.

Espino de Marotta earned a degree in Marine Engineering from Texas A&M University. She and a Master’s degree in Economic Engineering from the Universidad Santa María La Antigua in Panama City, Panama. She participated in the Executive Development Program at INCAE Business School and Northwestern University- Kellog School of Management, and has a project manager certification from the Project Management Institute.