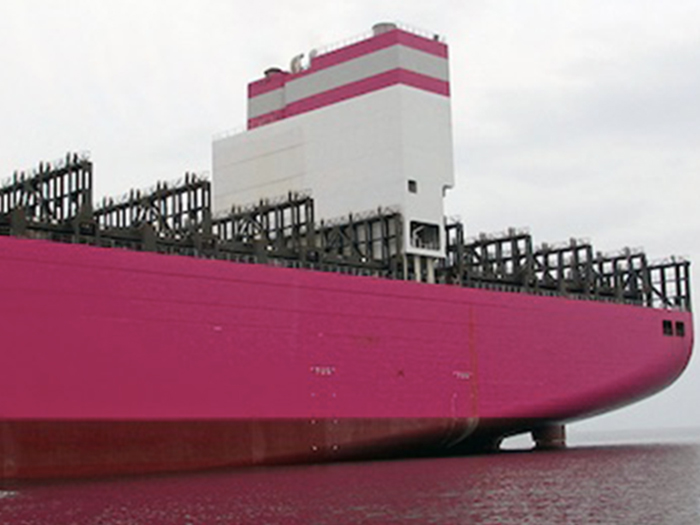 Mitsubishi Shipbuilding reports that its DIA-SOx scrubbers have been successfully installed on 22 ships of three vessel types in the past eight months. Despite COVID-19 restrictions, Mitsubishi Shipbuilding was able to complete the installations as scheduled, carrying out remote commissioning conducted through close communication and cooperation with the engineers of its local partners in China and Singapore..

The DIA-SOx line-up consists of the R Series and C Series. The rectangular tower design of the R Series is the most suitable for containerships and its multi-stream configuration can, with one tower, simultaneously treat exhaust gas discharged from multiple engines, including the large main engine. Additionally, its simplified configuration helps the ship crews to conduct maintenance more easily. The C Series with cylindrical tower design also features the multi-stream configuration, offering high flexibility that can be easily installed onboard various types of the ships.

Mitsubishi Shipbuilding provides retrofit engineering for installations of both types of scrubbers.