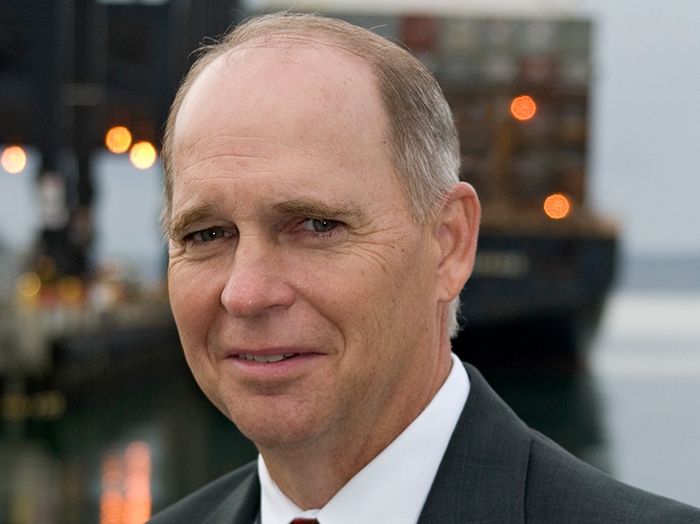 MARCH 19, 2017 — The American Association of Port Authorities (AAPA) say it is concerned over the potential of significant declines for most federally funded, port-related programs in President Trump’s fiscal 2018 budget.

“We’re apprehensive about the fiscal 2018 budget,” said Kurt Nagle, AAPA president and CEO. “Adequate federal investments into U.S. port-related infrastructure, both on the landside and waterside, are crucial for the efficient movement of goods so the nation can remain globally competitive. Activities at U.S. seaports account for more than a quarter of the nation’s economy, support over 23 million American jobs and generate more than $320 billion a year in federal, state and local tax revenue. It’s vital the federal government uphold its end of the partnership with ports so the country can have a 21st century goods movement system in place.”

Proposed for elimination is the U.S. Department of Transportation’s TIGER grants program, which last year awarded U.S. ports $61.8 million in multimodal infrastructure grants such as dock, rail and road improvements. Additionally, the Department of Homeland Security’s Port Security Grants Program (PSGP), which Congress last funded at $100 million and which provided 35 port security-related grants in fiscal 2017, is expected to experience a significant cut.

AAPA says thatPresident Trump has also proposed cutting the Environmental Protection Agency’s (EPA) budget by 31 percent. EPA’s budget funds the Diesel Emissions Reduction Act (DERA) grants. While no details have yet been released on the fate of this program, which is authorized at $100 million, DERA grants have been especially helpful in decreasing port-related diesel emissions in near-port communities. These federal grants have helped ports to make investments in clean diesel equipment and reduction strategies at the ports themselves, and they have used them to help businesses buy newer, cleaner-burning trucks, locomotives and vessels.

While the president’s proposed budget calls for increasing the overall U.S. Army Corps of Engineers (Corps) budget by $400 million over the previous administration’s request of $4.6 billion, the request still represents a 16 percent decrease in the Corps budget when compared to the Continuing Resolution fiscal 2017 level. Details for the Corps’ Coastal Navigation portion of the budget are expected to be available in May. The Coastal Navigation program funds improvements and maintenance in America’s harbors and deep-draft shipping channels.

Below are AAPA’s key recommendations for the fiscal 2018 budget:

Mr. Nagle concluded: “While the president’s budget request includes significant funding cuts to some port-related programs, we’re hopeful that, as the fiscal 2018 budget process as well as the anticipated sizable infrastructure package moves forward, that significant federal investments will be made in port-related infrastructure. Such investments will pay huge dividends in terms of economic growth, American jobs and tax revenues.”