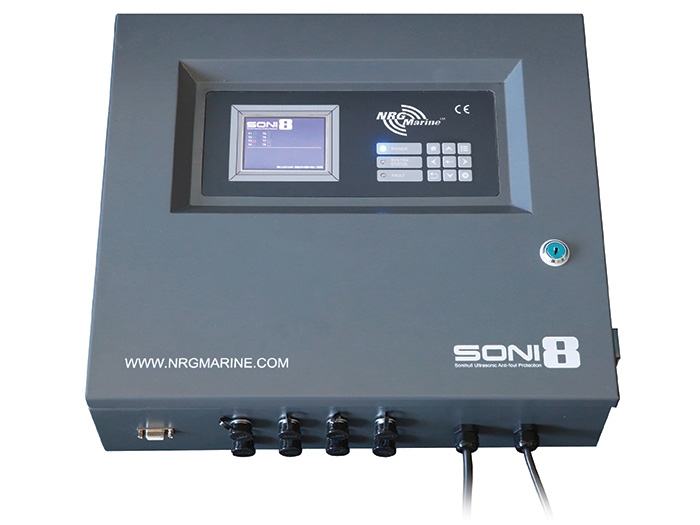 Soni8 is the latest product in the Sonihull range that uses ultrasonic anti-fouling technology to prevent marine organisms colonizing solid surfaces that are exposed to raw seawater.

With eight independent and programmable outputs, says NRG Marine, Soni8 can protect every part of a vessel or structure.

“Anti-fouling is usually associated with keeping the outside of the hull clean, to maintain performance and reduce fuel consumption. In commercial vessels and large yachts, operators also have to focus on maintaining the efficiency of critical onboard equipment, like box coolers, keel coolers and their associated sea chests, pipework and valves,” says Dominic Findlow, Director of NRG Marine Limited. “If those clog-up with marine fouling the engine cooling systems will start to fail, water pumps become overloaded and the owner can be faced with some very expensive main and auxiliary engine damage.”

For decades, ultrasound has been used in the food, brewing and hydroponic farming industries to prevent algal blooms and to keep water-handling equipment clean and free from blockages. By focusing the same technology into marine applications, NRG Marine’s Sonihull has become an effective anti-fouling solution with over 15,000 vessels being protected with Sonihull systems since 2006.