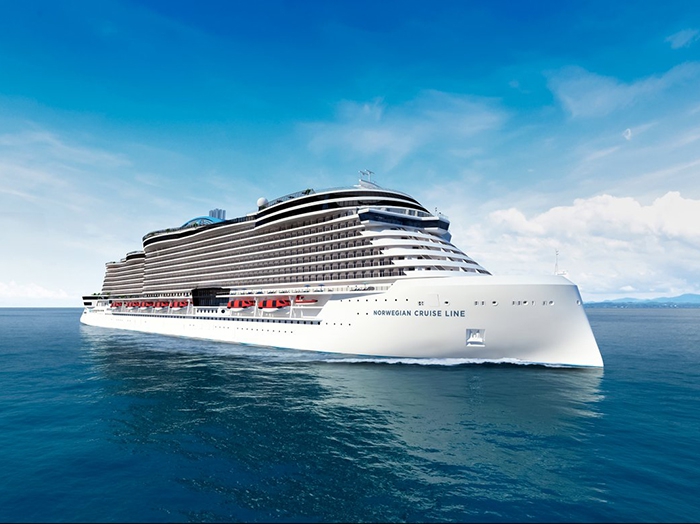 MARCH 16, 2017 — Norwegian Cruise Line used this week’s Seatrade Cruise Global event in Ft. Lauderdale, FL, to drip out a few more details of the next generation cruise ships it has on order at shipbuilder Fincantieri (see earlier story).

The new class of ships is based on a prototype project developed by Fincantieri and it now emerges that the program is called “Project Leonardo,

A priority of the prototype design is energy efficiency, with the aim of optimizing fuel consumption and reducing the impact on the environment. From pictures now released by Norwegian, it appears that among the fuel saving features is a wavepiercing bow form that almost looks to have taken a design cue from the U.S. Navy’s Stealth destroyer USS Zumwalt.

The four 140,000 gross ton ships will be about 300 m long and will each accommodate approximately 3,300 guests