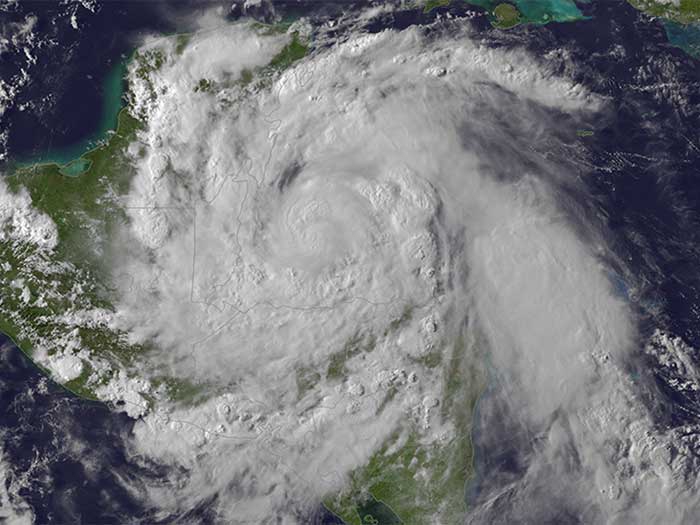 AUGUST 12, 2016 — In an updated 2016 Atlantic Hurricane Season Outlook, NOAA (the National Oceanographical and Atmospheric Administration) sees a higher likelihood of a near-normal or above-normal season, and decreases the chance of a below-normal season to only 15 percent, from the initial outlook issued in May.

The season is still expected to be the most active since 2012.

“We’ve raised the numbers because some conditions now in place are indicative of a more active hurricane season, such as El Niño ending, weaker vertical wind shear and weaker trade winds over the central tropical Atlantic, and a stronger west African monsoon,” said Gerry Bell, Ph.D., lead seasonal hurricane forecaster at NOAA’s Climate Prediction Center. “However, less conducive ocean temperature patterns in both the Atlantic and eastern subtropical North Pacific, combined with stronger wind shear and sinking motion in the atmosphere over the Caribbean Sea, are expected to prevent the season from becoming extremely active.”

“Given these competing conditions, La Niña, if it develops, will most likely be weak and have little impact on the hurricane season,” added Bell.

NOAA announced yesterday that La Niña is slightly favored to develop during the hurricane season.

As of August 11, there have been five named storms in 2016, including two hurricanes (Alex and Earl). Four made landfall: Bonnie (in South Carolina), Colin (in western Florida), Danielle (in eastern Mexico), and Earl (in Belize and Mexico).