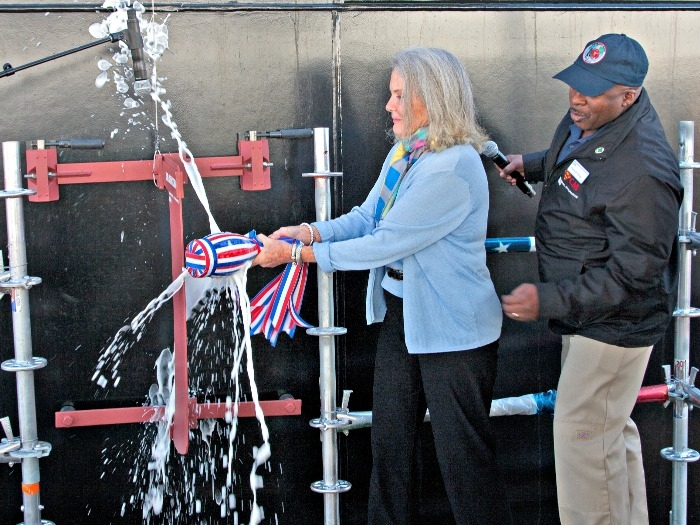 Lyn Glenn, daughter of Senator Glenn, served as the ship’s sponsor.  She christened the ship by breaking the traditional bottle of champagne against the vessel’s hull

“With pride, we christen the USNS John Glenn.  May this ship serve our country well and be strengthened with the legacy of our distinguished guest, the Honorable John Glenn,” said General Dynamics NASSCO President Fred Harris.  “The USNS John Glenn carries with it the skill, dedication and the high regard for quality of the hundreds of men and women involved in its design and construction.”

The MLP is a flexible platform that will provide capability for large scale logistics movements such as the transfer of vehicles and equipment from sea to shore.  It will significantly reduce dependency on foreign ports and provide support in the absence of any port, making it especially useful during disaster response and for supporting Marines once they are ashore.

USNS John Glenn will be delivered to the Navy in the first quarter of 2014.