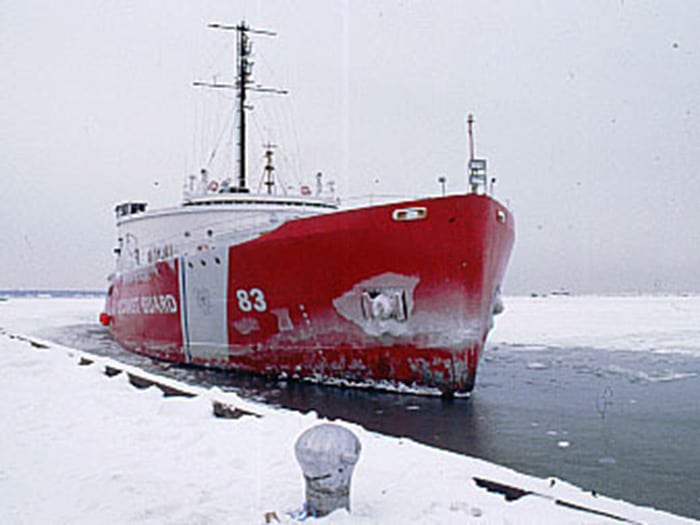 New Great Lakes icebreaker is required to be at least as capable as USCGS Mackinaw. [USCG photograph]

Among the many pieces of legislation tacked onto the massive just-passed National Defense Authorization Act was the Great Lakes Winter Commerce Act.

The Great Lakes ice breaker is required to be at least as capable as the USCGC Mackinaw (WLBB-30), launched by Marinette Marine in 2005 and delivery on an accelerated schedule is called for.

All of this appears to be in line with proposals submitted by former USCG commandant Karl Schultz in 2020 in response to a Senate request.

The new legislation addresses a situation under which no statute has required the USCG to break ice in the Great Lakes. Instead, the USCG has followed a 1936 Executive Order requiring icebreaking “in accordance with the reasonable demands of commerce” without much definition of when, where, and what that is.

The act adds a new section to title 14 USC that: