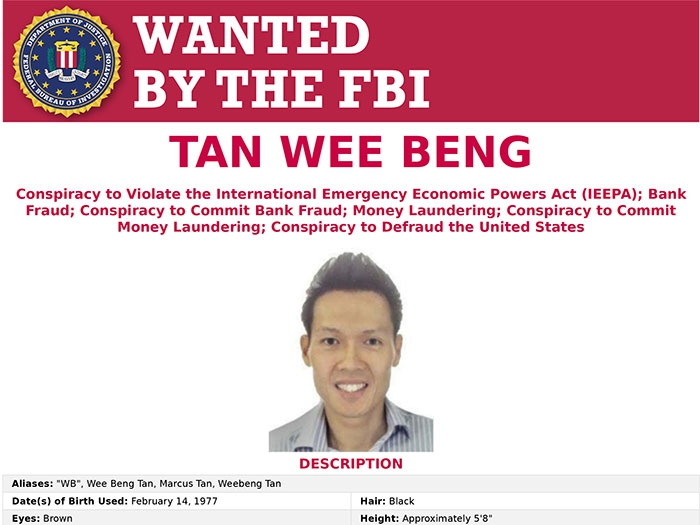 On August 29, 2018, a federal arrest warrant was issued for Tan Wee Beng in the United States District Court, Southern District of New York

Although the main focus of the designations and charges relate to money laundering, one of the designated entities is Wee Tiong (S) Pte Ltd, a Singapore-based commodities trading company, of which Tan Wee Beng is a director and significant shareholder, while the other is WT Marine Pte Ltd, a marine fuels company closely related to Wee Tiong (S) Pte Ltd, and of which Tan Wee Beng is the Managing Director.