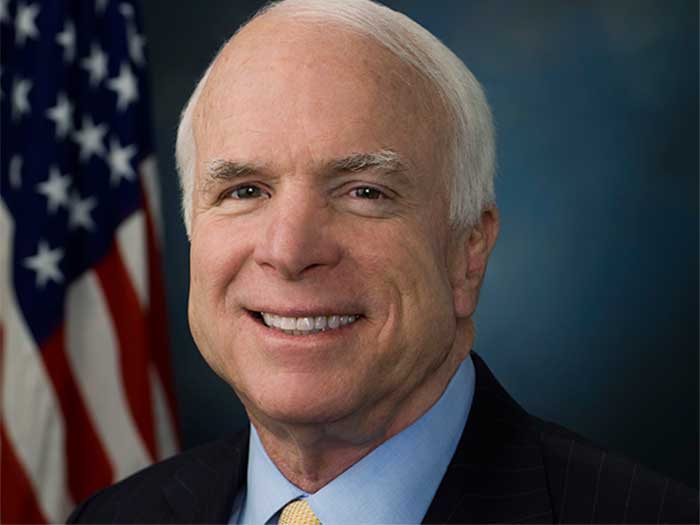 JULY 17, 2017 — Here’s another piece of legislation that, mercifully, has no chance whatsoever of passage. U.S. Senator John McCain (R-AZ) has yet again introduced legislation that would repeal the Merchant Marine Act of 1920, or the Jones Act. This year’s version is called the Open America’s Waters Act of 2017.

“I have long advocated the repeal of the Jones Act, an archaic and burdensome law that hinders free trade, stifles the economy, and ultimately harms consumers,” said Senator McCain. “My legislation would eliminate this regulation, freeing American shippers from the requirement that they act against their own business interests. By allowing U.S. shippers to purchase affordable foreign-made carriers, this legislation would reduce shipping costs, make American farmers and businesses more competitive in the global marketplace, and bring down the cost of goods and services for American consumers.

“The protectionist mentality embodied by the Jones Act directly contradicts the lessons we have learned about the benefits of a free and open market. Free trade expands economic growth, creates jobs, and lowers costs for consumers. I urge my colleagues to support this bill and finally repeal the outdated and protectionist Jones Act.”

No mention of the destruction of American shipbuilding and merchant marine jobs that repeal of the Jones Act would mean.