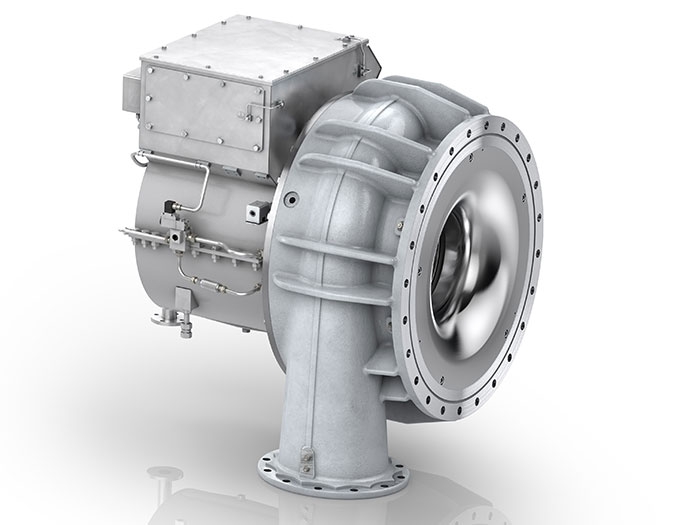 The EGR method is seen as a very efficient alternative to the SCR (Selective Catalytic Reduction) method for reducing NOx in combustion engines in order to comply with IMO Tier III regulations. In contrast to SCR systems, EGR systems are integrated with the engine and are of a significantly smaller size. The MAN ETB EGR-blower is suitable for high-pressure EGR engines of all fuel types and in all application ranges.

CMD, which has previously commissioned several successful SCR applications,will be installing the new blower in a number of newbuilding powered by MAN B&W two-stroke 7G60ME-C9.5 main engines that will use EGR technology.

“Our development of the ETB series is a strategic decision and a significant addition to our existing, proven EGR technology that will play an important role in maintaining IMO Tier III emission standards,” said Ralph Klaunig, Vice President and Head of Turbocharger and Exhaust Gas Systems Sales, MAN Energy Solutions. “This will enable customers to achieve sustainable value creation in the transition towards a carbon-neutral future. In taking this step, we are making use of our in-house turbocharger technology that features a significantly higher thermodynamic efficiency than previous designs.”

Klaunig continued: “The development of the ETB series is the next logical step toward complementing MAN Energy Solutions’ EGR IMO Tier III solution packages for customers, and to ensure that there is a significant cost-down on all major components. The key to success will be continuous development and to ensure that the ETB remains the most cost-effective blower on the market.”

Shuhei Kajihara, President of CMD, said: “First of all we are very proud to be the first Chinese EGR engine manufacturer. This was possible, because MAN and CMD worked closely together in finalizing this first-of-its-kind project. Despite a challenging delivery time, the teams managed to perform really well. I especially appreciate MAN’s continuous updates about the latest stages of development and their support in our factory during installation and commissioning.”

About the MAN ETB

Specifically designed for EGR systems, the MAN ETB’s active control plays an important role in enabling these systems to reach IMO Tier III emission standards. The blower is a core component of MAN Energy Solutions’ high-pressure EGR system that raises the exhaust-gas pressure in order to overcome the pressure difference between the exhaust gas and scavenging air receiver. In addition the blower actively controls the recirculated exhaust gas flow during the EGR flow by varying the blower speed.

The desired EGR operating conditions are achieved by using a high-speed electric motor, directly coupled to the compressor wheel and speed controlled by a frequency converter. The MAN ETB features a highly-efficient blower wheel, optimized for the low-pressure ratios found in a two-stroke diesel engine and whose materials are designed to withstand corrosive agents. High blower-availability (even during continuous operation) and variable-speed operation ensure IMO Tier III compliance in emission-controlled areas (ECAs), and potentially also in IMO TIER II mode with the new Eco EGR feature