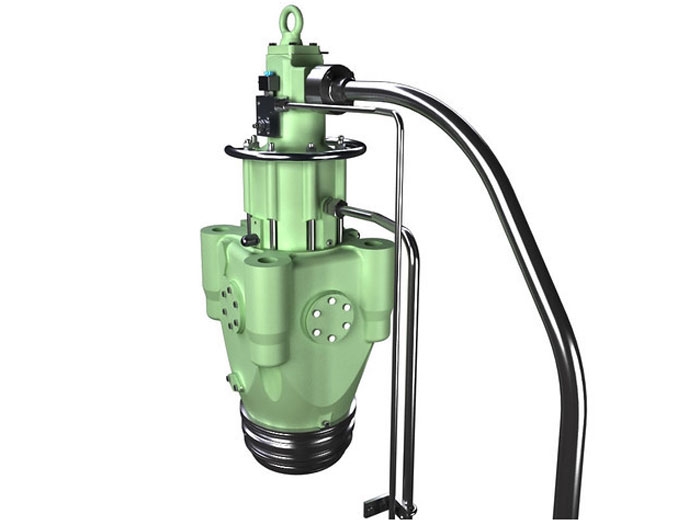 FEBRUARY 3, 2014 — MAN Diesel & Turbo is introducing a retrofit solution for the low-load optimization of its low-speed, mechanical engines with single turbochargers.

“Slow-steaming is now an established industry standard across all segments, including the tanker and bulker markets, and MAN Diesel & Turbo continuously seeks to further refine its technology and improve efficiency,” says Christian Ludwig – Head of Retrofit & Upgrade – MAN Diesel & Turbo. “The MAN EcoCam adjusts the exhaust-valve timing between 10 and 60% load, giving a 2 – 5 g/kW fuel saving with minimal to no interruption to a vessel’s schedule during installation.

“The MAN EcoCam has been thoroughly tested and we are happy that we are now able to provide our customers with a low-load tuning method for mechanically controlled engines with a single turbocharger.”

MAN Diesel & Turbo is initially rolling out the MAN EcoCam to a number of its MAN B&W S50MC-C engines, and will eventually introduce it stepwise to its mid- and large-bore engine program.

The MAN EcoCam introduces a flexible cam profile, called a virtual cam. The profile is controlled hydraulically by adjusting the amount of actuator oil in the hydraulic pushrod.

The new torsional vibration calculation and NOx amendment are included when buying the MAN EcoCam.

According to MAN Diesel and Turbo, the EcoCam’s effect on fuel reduction has been verified by two independent testbed installations and aboard a test vessel in service.

The earlier closing of the exhaust valve provides a higher compression pressure, thereby delivering a higher combustion pressure and a lower fuel-oil consumption. Flexible exhaust-valve timing has traditionally only been available to electronically controlled engines.

Depending on an engine’s load profile, the MAN EcoCam typically generates savings in the range of 2 – 5 g/kWh. For smaller engines, this can result in a payback period of as little as one and a half years as is the case, for example, with a 6S50MC-C engine with 6,000 annual running hours.