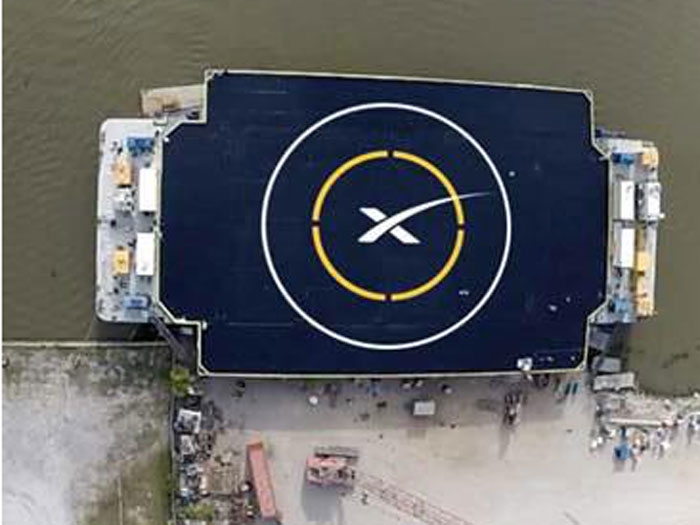 NOVEMBER 24, 2014 — A shipyard in Louisiana has built what SpaceX entrepreneur Elon Musk describes in a tweet as an “autonomous space port drone ship.”

SpaceX plans to land the latest version of its reusable Falcon 9R rocket on the platform vertically.  If it succeeds, it will add one more to the whole string of firsts racked up by the company, which was the first private company to send a spacecraft (Dragon) to the International Space Station and which holds multiple NASA contracts.

According to tweets by Mr. Musk, the spaceport drone ship [which in previous reports on the project has generally been referred to as a “barge”] incorporates thrusters repurposed from deep sea oil rigs to hold position within 3 m even in a storm. It measures 300 ft by 100 ft, with wings that extend  its width to 170 ft, and it will “allow refuel and rocket flyback in future.”

We asked SpaceX which Louisiana shipyard built the vessel, but were told, “beyond Elon’s tweets, we aren’t providing any additional information at this time.”