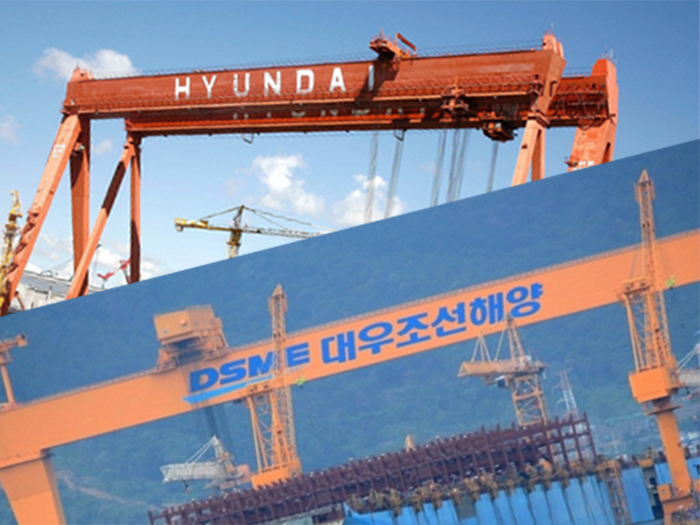 A much ballyhooed potential merger of Korean shipbuilding giants Hyundai Heavy Industries and Daewoo Shipbuilding & Marine Engineering (DSME) has run into a snag. Unionized workers at both shipbuilders are determined to fight the deal.

Yesterday, state-run Korean Development Bank said it had reached a deal to hand over its 55.7-percent stake controlling stake in DSME to Hyundai Heavy Industries and buy 1.5 trillion won worth of Hyundai Heavy stocks to be issued later. KDB will also consider extending 1 trillion won in financial help to Daewoo Shipbuilding, according to the Yonhap news agency, which quoted KDB as saying that a formal agreement will be signed in March.

Last month KDB had signed a temporary memorandum of understanding (MOU) to sell its controlling stake in DSME to Hyundai Heavy. The MOU was temporary to allow KDB to also contact Korea’s third major shipbuilder, Samsung Heavy Industries, to see if it was interested in the DSME stake.  It wasn’t.

Now, though, Yonhap reports that Hyundai Heavy’s union is demanding that the shipbuilder provide workers with job guarantees to its employees if it wants to proceed with the merger with DSME. Business Korea reports that, meantime, unionized DSME workers are going to hold a strike vote on Feb. 18 and 19 and that workers at both yards are planning to go on a strike together against the planned deal.

Unions at both yards fear that the merger will lead to massive job cuts,