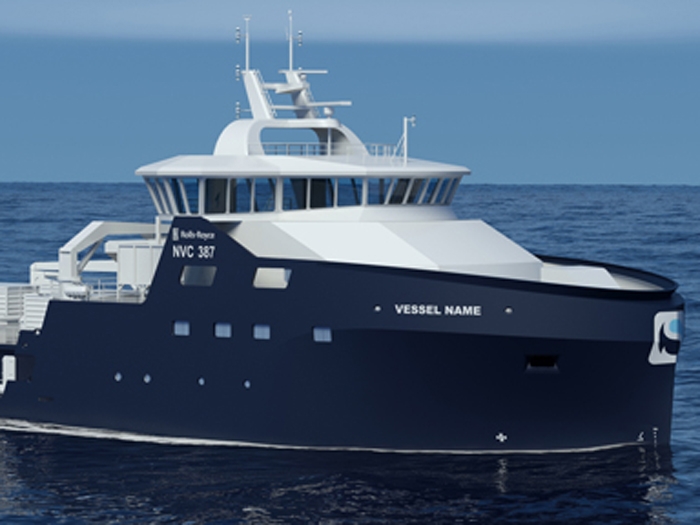 Sølvtrans is one of the world’s largest transporter of live fish. The 80 m long vessels are being built to Rolls-Royce NVC 387 design and will have a load capacity of 3200 cu.m, allowing them to each carry up to approximately 500 tonnes of live fish.

Transporting live fish efficiently and in a healthy condition from fish farms to fish processing plants on shore requires spacious temperature controlled tanks in the hold of the ship. The priority for this type of operation is to get the fish to the end consumer in as fresh a condition as possible, and this specifically tailored ship design makes this possible.